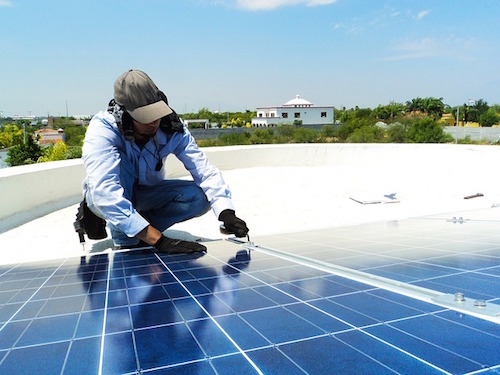 The Austrian company supplying Tesla Motors Inc. with the technology it needs to turn sunshine into electricity is expanding in the U.S. to capitalize on growth in the solar industry.

Fronius International GmbH is opening a research and development center in South San Francisco to focus on “innovative software solutions,” which allow its inverters to communicate with networked solar-powered devices. Inverters convert direct current harvested from solar panels into alternating currents used on the grid and in homes.

“The solar industry is maturing and we see a shift from energy production only to a reliable energy supply from distributed energy resources,” Martin Hackl, the electrical engineer who runs the Wels, Austria-based company’s solar division, said in an e-mailed reply to questions. “Fronius is excited and supports the M&A activity that help our key partners expand their reach.”

While some investors questioned the merger between Tesla and SolarCity Corp., integrating energy storage and solar panels makes perfect sense to companies like Fronius, which packages batteries, internet servers and software into its devices. They help convert, store, meter and balance electricity generated by solar panels before it enters homes and power networks. The data they collect makes grids more intelligent by detecting new patterns of supply and demand.

Tesla founder Elon Musk told analysts earlier this month that the company would pay closer attention to the role inverters play inside its products.

“There’s no question Tesla’s going to do an integrated inverter. It’s the logical thing to do,” said Musk during a conference call on Aug. 4. “Most people don’t even know what an inverter is.”

The decision by Fronius to expand in the U.S. followed the move by its biggest competitor, Germany’s SMA Solar Technology AG, to shut its factory in Colorado. The 71-year-old closely held Austrian company builds inverters at a plant in Indiana.