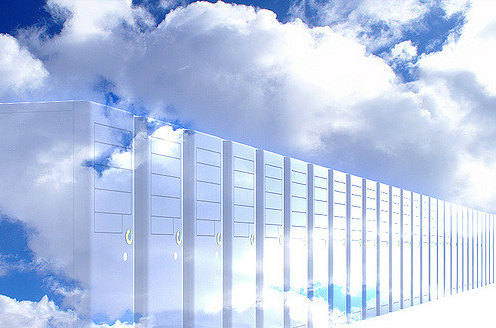 The Tesla-SolarCity merger talks have been dominating headlines of late. While Elon Musk’s demagoguery is a welcome reprieve from the political demagoguery that is otherwise competing for space above the fold — at Navigant Research, we aren’t exactly surprised by the move.

The Tesla-SolarCity proposed merger is really just the tip of the energy cloud:

“This emerging energy cloud landscape, a concept that borrows from cloud computing, represents a range of technical, commercial, environmental, and regulatory changes that challenge the traditional hub-and-spoke grid architecture. Fueling this shift are the steady increase in distributed energy resources (DER) capacity and the continuous expansion of smart grid infrastructure. Both trends point to a future grid that will be far more dynamic, responsive, and democratized than current infrastructures allow.”

The potential merger is consistent with the need for energy companies to expand across verticals with new business models and partnerships. Bundling services with complimentary benefits—such as solar PV, energy storage, and electric vehicles (EVs)—will become increasingly critical both for gaining market share and leading in the new energy paradigm.

There are real issues specific to the propriety of the merger, including those related to corporate governance, timing, and the price offered for SolarCity. Still, my colleague Bill Tokash wrote a fantastic analysis of how this Tesla-SolarCity deal represents the energy cloud trifecta. But you don’t have to be Tony Stark/Iron Man incarnate in order to see the benefits of bundling as energy moves into the cloud. Consider the following examples of similar moves that have received less attention:

The list goes on and on. How successful this bundling will be over the long term has yet to be seen, particularly given the evolving regulatory landscape (net metering, DER ownership, value of solar, etc.) that varies jurisdiction to jurisdiction. It is one thing to identify synergies across verticals; it is another thing to deploy bundled services (profitably!) over the long term when there is so much in flux.

In an upcoming webinar titled The Integrated DER Ecosystem, Navigant Research and two industry leaders (SolarCity and Generate Capital) will discuss how these bundling trends, in addition to other advances in the DER landscape, present opportunities and challenges in the market. The transition to the energy cloud is a bumpy path, but it is already redefining the grid architecture and customer relationships of the future.