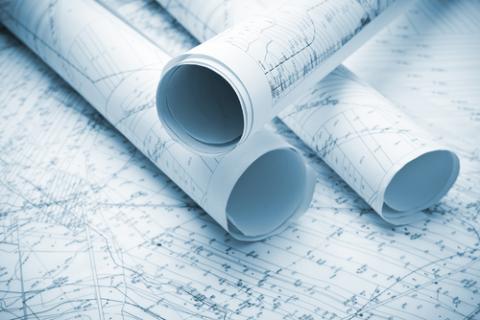 LOS ANGELES — Tesla Motors Inc.’s Elon Musk is close to naming sites in at least two U.S. states for a planned battery “gigafactory” and will break ground at each to ensure one is ready to supply lithium-ion packs when needed.

Tesla, planning to add a mass-market electric car in about three years, said in February that it would build the world’s largest battery plant and is assessing sites in Arizona, Nevada, New Mexico and Texas. Lower-cost battery packs are needed to ensure Tesla’s proposed less-expensive model gets to market on time, Musk said. Tesla’s home state of California isn’t a candidate due to timing requirements for regulatory reviews.

“What we’re going to do is move forward with more than one state, at least two, all the way to breaking ground, just in case there’s last-minute issues,” Musk, Tesla’s chief executive officer, said in an interview this week. “The No. 1 thing is we want to minimize the risk timing for the gigafactory to get up and running.”

The new plant, requiring as much as $5 billion to build and ultimately employing as many as 6,500 people, is part of Musk’s vision of turning Palo Alto, California-based Tesla into the world’s dominant electric-car maker. Along with making batteries that are 30 percent cheaper than are now available, the plant would supply packs to Musk’s SolarCity Corp., letting homes and buildings with solar panels store energy they generate.

The carmaker named for inventor Nikola Tesla plans to boost production of battery-powered Model S sedans at its plant in Fremont, California, by at least 56 percent this year. Musk traveled to China last week to mark the start of Model S deliveries there.

Tesla raised $2.3 billion in a convertible note sale in March to help fund the battery plant. Musk declined to say which states are the leading candidates and when the company will announce its decision.

“There’s no doubt that this type of sourcing strategy is unconventional,” said Michael Robinet, managing director of industry consultant IHS Automotive in Southfield, Michigan. “But Tesla is good at breaking a lot of practices that are standard in the industry.”

While starting construction at different locations with an initial goal of using only one is unusual, Tesla may ultimately need more than a single gigafactory in the U.S., Musk said.

“We will end up spending more money than would otherwise be the case to minimize the timing risk,” he said.

Tesla’s so-called third-generation car, following the $71,000 Model S sedan and Model X electric sport-utility vehicle due in 2015, would sell at a price comparable to Bayerische Motoren Werke AG’s BMW 3-Series sedan, or about half the base price of the Model S, Musk has said.

The design and preparation to produce that new model has to be done in parallel with the gigafactory, he said in the interview this week.

“There are a lot of moving parts, a crazy amount of moving parts,” Musk said. “If there’s a laggard there, we’ll have this massive facility and a ton of people trained and no ability to recoup revenue. It will be quite a bad situation.”

California didn’t make Tesla’s list of potential sites for the battery plant because of the amount of time needed to win environmental and regulatory approval, Musk said.

“California has a lot of regulatory agencies, and although this will be a very green factory, we can’t have a situation where an enormous amount of data has to be processed by a regulatory agency to find no significant impact and then give us approval to proceed,” he said.

Musk had told reporters in China last week that the company was considering two locations, the Associated Press reported.

Tesla is set to release first-quarter results on May 7. The company may report earnings of 9 cents a share, excluding certain items, according to the average of analysts’ estimates compiled by Bloomberg. The average projection on a GAAP basis is for a loss of 19 cents a share.