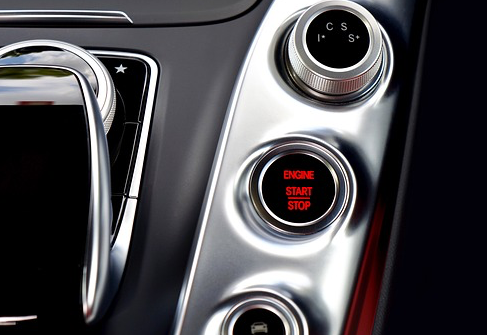 If there’s any doubt Tesla Inc. isn’t just a car company anymore, its brand-new Manhattan showroom should put it to bed. On Friday, Tesla opens a store in New York’s Meatpacking District that, for the first time, will sell cars, solar panels and batteries permanently under one roof.

In a sparse, glass-walled space, the Model X sport utility vehicle and Model S sedan are on display alongside solar offerings and Powerwall storage systems. A Model S sits across from a sign that reads: “Produce Your Own Clean Energy.” In this store and others that Tesla’s enhancing across the U.S. starting Friday, car and energy salesmen will work side-by-side.

Tesla’s Chief Executive Officer Elon Musk took a big gamble buying SolarCity Corp. last year. It opened up the billionaire to harsh criticism from some investors who described his takeover of the solar company—led at that time by his cousin, Lyndon Rive—as a bailout rife with conflicts of interest. The synergies of solar and electric vehicles weren’t immediately clear, and Tesla has been working to integrate the businesses ever since, positioning itself as an energy—not strictly a car—company. This new New York store is the physical manifestation of that.

Besides an occasional pop-up, solar was rarely before available in Tesla stores. Now, potential solar customers can discuss the power products with energy-focused salespeople in person—before or after checking out a new SUV. If they like the pitch, a site surveyor will then be sent to their homes to finalize the plan, followed by installation. Employing energy consultants directly in stores on a permanent basis lets the company cross-sell products and puts it on the offense at a time when residential solar is slumping in the U.S. after 16 straight years of growth.

Although solar panels and the Powerwall home battery system are on display, noticeably missing from the expanded offerings in the 10,900-square-foot (1,013-square-meter) showroom is the Model 3, Tesla’s more affordable and much-hyped electric sedan that began production in July. Output of the car, which starts at $35,000 before options, has been plagued by production bottlenecks, though the first non-employee customers just began getting their cars, suggesting progress on the production front.

The long-anticipated Tesla solar roof is also not on display at the new Manhattan location, which replaces Tesla’s smaller storefront in Chelsea. They’re expected to be sold in stores in 2018 after testing is completed on those installed on employees’ houses.

Next year, Tesla customers will also be able to begin taking delivery of their electric cars at the Meatpacking location, rather than going to the Brooklyn store to pick up their new rides. The Manhattan store won’t offer a service center like the Red Hook showroom near Brooklyn’s industrial waterfront does—but it does have a free espresso bar for Tesla customers.

The opening of the new Manhattan store coincides with an important company event: the completed integration of SolarCity into Tesla. In the year since Tesla paid $2 billion to buy SolarCity, it’s ditched its door-to-door sales model, and next week, the integration is expected to be complete. With the exception of a website, the SolarCity name will mostly vanish, with all solar products instead sold under the Tesla brand.

Though the synergies of solar and electric vehicles weren’t immediately obvious, the deal proved prescient: Other solar installers seeking to reduce high marketing costs amid market contraction have since sought partnerships with better-known brands. Tesla has also refocused the solar unit’s strategy. SolarCity, which popularized the no-money-down lease, chased growth at all costs and amassed more than $3 billion in debt along the way. Tesla’s energy unit has had success with solar-panel sales and appears more focused on profitability.

The new store may be in the heart of one of Manhattan’s toniest sales corridors, but it’s not intended just for downtown residents. The area draws tourists and commuters, and the store is situated beneath the heavily trafficked High Line elevated park.

Expansive floor-to-ceiling glass faces out at The Standard hotel, allowing for sun to pour into the mostly white interior. The new store is on the same block as a Diane von Furstenberg showroom and is just a few blocks from an Apple Inc. store, which sports a similar clean, crisp design.

The rented space includes several mounted touch-screens where buyers can configure their Model S and Model X vehicles, which are available for delivery to customers in the next month or two. Drivers can also put down $1,000 reservations for the Model 3, much like they do online. But with a wait list of some half a million customers, most buyers placing an order this week won’t get their Model 3s until next Christmas—or later.

For any holiday shoppers who can’t wait a year or more for their Model 3s, solar panels—which could be installed within the month, permits and snowfall willing—may be the way to go. There’s an energy consultant on-site.