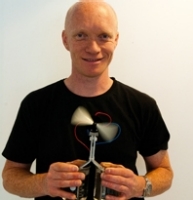 OSLO — More than half of today’s energy consumption is squandered in useless waste heat, such as the heat from refrigerators and all sorts of gadgets and the heat from factories and power plants. The energy losses are even greater in cars. Automobile motors only manage to utilise 30 percent of the energy they generate, and the rest is lost. Part of the heat loss ends up as warm brakes and a hot exhaust pipe.

Scientists at the Centre for Materials Science and Nanotechnology at the University of Oslo in Norway (UiO) are now collaborating with SINTEF (the Foundation for Scientific and Industrial Research at the Norwegian Institute of Technology) to develop a new environmentally friendly technology called thermoelectricity, which can convert waste heat to electricity. To put it briefly, the technology involves making use of temperature differences.

Thermoelectric materials are put to many uses in space flight. When a space probe travels far enough away from the sun, its solar cells cease to work. Batteries have much too short a lifetime, and nuclear power cannot be used. However, a lump of Plutonium will do the trick.

With a temperature of a thousand degrees, it is hot. Outer space is cold. Thanks to the temperature difference, the space probe gets enough electricity.

Plutonium is a good solution for space probes that will not return to earth, but it is not a practical solution for cars and other earthly objects.

Thermoelectric materials are also currently used in the type of cooler bags that keep things cold without making use of their own cooling elements. These cooler bags are full of the elements Lead and Tellurium — both are also toxic.

“We want to replace them with inexpensive and readily available substances. Moreover, there is not enough Tellurium to equip all of the cars in the world,” says Ole Martin Løvvik, who is both an associate professor in the Department of Physics at the University of Oslo and a senior scientist at SINTEF.

With current technology, it is possible to recover scarcely 10 percent of the lost energy. Together with the team of scientists led by Professor Johan Taftø, Løvvik is now searching for pollution-free, inexpensive materials that can recover 15 percent of all energy losses — a 50 percent improvement.

“I think we will manage to solve this problem with nanotechnology. The technology is simple and flexible and is almost too good to be true. In the long run, the technology can utilise all heat sources, such as solar energy and geothermal energy. The only limits are in our imagination,” states Løvvik to the research magazine Apollon at University of Oslo. 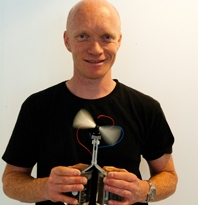 The new technology will initially be put to use in thermoelectric generators in cars. Several major automobile manufacturers are already interested. Løvvik and his colleagues are currently discussing the situation with General Motors.

“Modern cars need a lot of electricity. By covering the exhaust system with thermoelectric plates, the heat from the exhaust system can increase the car’s efficiency by almost 10 percent at a single stroke. If we succeed, this will be a revolution in the modern automotive industry.”

The new technology can also replace the hum of today’s refrigerator.

“In the future, refrigerators can be soundless and built into cabinets without any movable parts and with the possibility of maintaining different temperatures in each compartment.”

In order to extract as much energy as possible, the temperature difference should be as large as possible.

“Initially then, we want to utilise high-temperature waste heat, but there is also an upper limit,” said Løvvik.

If it becomes too hot, some materials will break down either by melting or by being transformed into other materials. That would mean that they wouldn’t work any more.

In order to create thermoelectric materials, physicists have to resolve an apparent paradox. A metal conducts both electricity and heat. An insulator conducts neither electricity nor heat.

A good thermoelectric material ought to be a semi-conductor with very special properties: Its thermal resistance must be as high as possible at the same time as current must flow through it easily.

“This is not a simple combination, and it may even sound like a self-contradiction. The best solution is to create small structures that reflect the heat waves at the same time as the current is not reflected,” said Løvvik.

In order to understand why this is so, you must first understand how heat is dissipated. When a material becomes hot, the atoms vibrate. The hotter it becomes, the greater the vibrations, and when an atom vibrates, it will also affect the vibration of the adjacent atom.

When these vibrations spread through the material, they can be called heat waves. If we create barriers in the material so that some atoms vibrate at different frequencies from their adjacent atoms, the heat will not be so easily dissipated.

“Moreover, the atomic barrier must be created in such a way that it does not prevent the electric current from flowing through it,” explained Løvvik.

Grinding Nano-cavities at Minus 196 Degrees

The scientists have found a method of creating these atomic barriers. The barriers are introduced densely in the special semi-conductors.

“We have achieved this by using a completely new “mill.” Just as the miller grinds grain, the scientists will grind down semi-conductors to nano-sized grains. They will do that by cooling them down with liquid Nitrogen to minus 196 degrees. That makes the material more brittle, less sticky and easier to crush. It is important to grind down the grains as small as possible. Afterwards the grains are glued back together again, and in this way the barriers are created.”

“The small irregularities in the barriers reflect the heat waves,” says Løvvik.

The team of scientists uses an electron microscope to examine the micro-structures in the material.

“We have now discovered new nano-cavities in the materials and learned more about how they reflect heat waves.”

The thermal resistance is measured in the Norwegian Micro and Nano Laboratories that are jointly operated by UiO and SINTEF. Løvvik’s specialised field is mathematical models. With these models, he can predict how the atoms should be arranged in the materials.

The scientists are now searching for the next generation of thermoelectric materials. They have just tested the cobalt arsenide mineral, skutterudite, which may be found at Skutterud at Blåfarveværket in Modum, Norway.

“It was just recently discovered that skutterudite may have atoms located in small nano-cavities. These cavities act as barriers to heat dissipation,” concludes Løvvik.