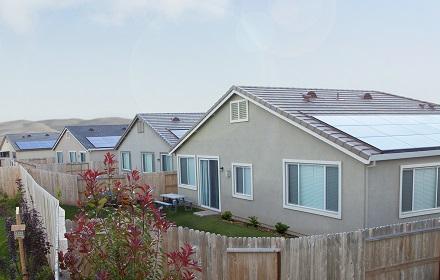 Over the summer about 33 customers in Pacific Gas and Electric’s (PG&E’s) territory started a new journey with their utility. PG&E is hoping that through this and other pilot projects, it will learn how responsive batteries, solar PV and smart inverters are when they receive a signal from the utility.

In all, three different studies will be conducted. The first looks at how well batteries respond to specific signals, explained Tom Martin, Manager, Grid of Things, at PG&E. The second study builds on top of that and looks at how to optimize what the utility is asking these distributed energy resources (DERs) to do. It focuses on solar and batteries.

“Eventually we would fold in demand response and electric vehicles and other forms of distributed energy resources,” said Martin.

The third pilot tests the responsiveness of smart inverters, similar to how the first study is looking at batteries.

The pilot has been live for about 14 weeks and while the results are not out yet, Martin offered a small glimpse into what PG&E has found.

“What we are seeing is in certain situations, these assets are able to respond to certain signals,” he said, so on that front, the technology works.

On the flipside, according to Marin is customer support.

“The challenge that we are still working through ­— and this more anecdote than data — [Is that] with a large utility-scale installation, that comes with large utility-scale support and communications and very robust processes that doesn’t exist yet for behind-the-meter.”

Martin explained that PG&E “lost” one customer because they decided to get rid of their Wi-Fi and Tesla uses the Internet to communicate with the smart inverter.

Is this the Future?

According to Martin a time when utilities are using the assets of individual customers to strengthen the grid is at least a decade off.

“Part of that is maturing of the technology,” he said, adding that the software the utility is using to control these assets, known as the distributed energy resource management system (DERMS) “is almost pre-nascent,” despite what some vendors might say otherwise.

“Then on top of that, once the technology is ready, there are still going to be policy and regulatory questions to get sorted out to make sure that customers are getting the most benefit that everyone is fairly being treated and getting the right value from this opportunity,” he said.

Read: What Happens if My Utility Breaks My Solar Inverter or Battery?

What’s closer to reality — and PG&E is already launching real projects around this — is the utility working with aggregators to receive one particular service that can be performed by one set of aggregated distributed energy resources. As an example, Martin said the utility might “need load deferral between the hours of 3 PM and 8 PM during these 5 months of the year.” PG&E can go out and contract for that service with a third-party such as Tesla or Green Charge. It’s then up to the third-parties to work out the compensation with its customers, if necessary.

He acknowledges using DERs to provide just one small service such as load deferral doesn’t capture all of the value that DERs bring to the table but he says it’s a simpler way to start.