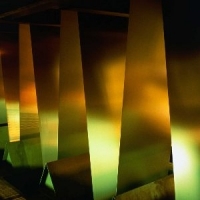 New Hampshire [RenewableEnergyWorld.com] It’s been another great year for renewable energy and the technology advances that have been made are astounding. As always, we at RenewableEnergyWorld.com tried to stay on top of all the new developments throughout the year and bring them to you, our readers, as quickly as possible.

For us, one of the biggest discoveries in technology was learning that many of you are hungry for even more of it: more technology news, more cutting edge research on technologies that are approaching commercialization, and more advancements that will bring renewables into the mainstream. So for 2009, we pledge that we will try to bring you more of what you are looking for.

If you look at our editorial calendar [dowload document below], you’ll see just a small portion of what we plan to cover over the course of 2009. As always, we welcome and encourage your input to help us make our decisions. We want to bring you the news and information that you want to hear. So let us know. Leave a comment at the end of this article that tells us specifically what types of technology advancements you want to hear about in 2009. Armed with that information, we’ll bring you as much of it as we can.

Without further ado, we bring you RenewableEnergyWorld.com’s most read technology-focused stories of 2008. Enjoy them one more time and please feel free to comment on them here or on the stories themselves.

This story, which detailed how thermoelectic materials may be able to turn waste heat generated through engine exhaust into electricity, was the top-read story of the year. Generating more than 23,000 page views (with a little help from Slashdot), the story explained in detail how the researchers came up with the idea.

Heremans pointed to a 2006 paper published by other researchers in the journal Physical Review Letters, which suggested that elements such as thallium and tellurium could interact on a quantum-mechanical level to create a resonance between the thallium electrons and those in the host lead telluride thermoelectric material, depending on the bonds between the atoms.

“It comes down to a peculiar behavior of an electron in a thallium atom when it has tellurium neighbors,” he said. “We’d been working for 10 years to engineer this kind of behavior using different kinds of nanostructured materials, but with limited success. Then I saw this paper, and I knew we could do the same thing we’d been trying to do with nanostructures, but with this bulk semiconductor instead.”

Another story that dealt with advancements in auto technology — this one much closer to commercialization — was also among the top-read stories of the year. Japanese Automaker, U.S. Firm Team Up To Convert Cars to Electric Power, by Liu Enming of Voice of America was a highly read story on RenewableEnergyWorld.com. This story and accompanying video explained how cars such as the Toyota Yaris are being converted to all-electric vehicles with the help of Hybrid Technologies, an R&D company focusing on electric vehicles powered by lithium batteries.

This year we had two highly-read technology-focused stories that dealt with advancements in storage. The first, Storing the Sun: Molten Salt Provides Highly Efficient Thermal Storage by Julie Way and first published in our sister publication, Power Engineering International, examined how one technology insulates utility-scale renewable electricity production from weather volatility and offers the capability to dispatch electricity as needed without requiring the use of natural gas. It’s a concentrating solar power (CSP) technology, built around a proprietary central receiver tower and molten salt loop.

A second storage article focused on the Electricity Storage Association’s Annual Meeting. In Storage Boosts the Power of the Sun, author Lynda O’Malley took a closer look at the recent advancements in renewable energy storage technologies that were exhibited at the industry conference. She spoke with companies such as MegaWatt Storage Farms, VRB Power Systems and NGK Insulators to bring you all the latest updates in how storage technology is progressing today.

And finally, in August we reported on an MIT research project focused on storing solar energy. In the story, we reported that the researchers felt they were onto “game-chaging technology” and based on the number of readers the story attracted, you were interested as well. In MIT Researchers Discover New Energy Storage Solution, we told you about how two researchers, inspired by the photosynthesis performed by plants, have developed a process that will allow the sun’s energy to be used to split water into hydrogen and oxygen gases. Later, the oxygen and hydrogen may be recombined inside a fuel cell, creating carbon-free electricity to power a house or electric car, day or night.

In an exciting REW.com Exclusive, Renewable Energy World Magazine contributor Eize de Vries, told you about the Siemens New 3.6 MW Direct-drive “Concept” Wind Turbine; a story that generated quite a bit of interest.

Fascinating to look at, this new concept turbine was a vehicle for Siemens to “get hands-on experience with direct-drive technology in order to conclude whether it can be made competitive with geared technology, and if so from what power level,” said the company’s CTO.

The story was a “teaser” article for a longer piece by Eize de Vries, which came out in October in the print magazine. Read the full article here.

In the world of renewable energy, and in particular with PV, efficiencies and efficiency improvements are big news. Hence it should come as no surprise that one of the most-read stories of 2008 was Shedding Light on Thin-film Solar Cell Efficiency Research by Dr. Harry Zervos at IDTechEx. In this story, Zervos explained that a Copper Indium Gallium Diselenide (CIGS) thin-film solar cell recently reached 19.9% efficiency in testing at the lab, setting a new world record, according to NREL.

The article also included an interesting table comparing how much market share each thin-film technology currently held (back in April, 2008) and the module cost of each.

Another of the most-read technology-focused articles about cutting-edge research was one that I brought you, Researchers Explore Hybrid Concentrated Solar Energy System.

In this piece, I spoke with two Australian researchers about a system that they are developing that can provide solar hot water as well as electricity. The researchers are particularly focused on keep the cost of the system low as well as the particular markets that it will serve (China), which was of interest to me and apparently to you as well.

And finally, novelty systems and ideas, like the one Jane Burgermeister brought you, Solar Paint on Steel Could Generate Renewable Energy Soon, are always well-read stories and this one was no exception. In it, Burgermeister explained how a photovoltaic paint is under development in the UK.

While the research is still many years from commercialization, Burgermeister told us that the one day, we may see buildings all over the world covered with PV paint and generating electricity.

From North America to Europe to Australia, RenewableEnergyWorld.com brought you the latest developments in renewable energy technology in 2008.

We look forward to continuing to do so in 2009.