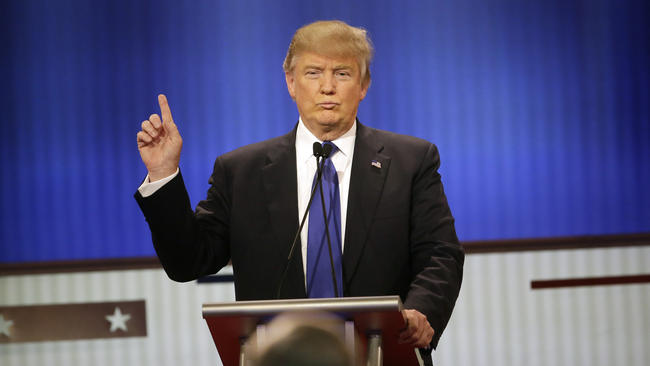 Fortune magazine’s recent Brainstorm E Conference brought up a number of interesting conversations surrounding the current state of today’s energy industry. One session in particular kept more than a few of us lying awake that night — Jeremy Grantham’s story of the “Race of Our Lives.” And no, he’s not talking about Trump vs. Hillary — which was, however, the “elephant in the room.”

In conversation with Fortune reporter, Brian O’Keefe, investor Jeremy Grantham described the reality of today in the form of two races — with both rising populations and advancing technology simultaneously competing against global warming.

The first contestant in the race, he described, is mankind. Due to the world’s rising population, especially with the rapid growth of middle classes in China and India, the demand for energy today is at an all-time high. Consequentially, pollution levels are also on the rise from cheap, traditional energy sources and are accelerating global temperatures.

The second contestant is advanced renewable energy technology, which is also going full-speed ahead. Grantham pointed out that technology is advancing fast enough to the point where we could completely rid ourselves from our dependency on traditional fuel sources, as well as halt and even reverse the effects of global warming. In order to do so, however, technology has to not only meet, but get ahead of, the growing population’s needs.

This brings us to the elephant in the room —  the rapidly approaching U.S. presidential race. Throughout the two-day conference, Fortune editors probed every high-profile speaker and panelist on the subject of which administration they believed would have advantageous or adverse effects on the clean energy sector. The question was artfully dodged by everyone, which we found to be disappointing.

For the first time in history, all 192 world leaders reached global consensus on the need for de-carbonization at COP21. It was truly a historic moment to see the U.S., Russia, India, China and Japan all on the same page, for the first time. However, if Trump had been president at COP21, he would have been the only world leader amongst the 192 not on the same page. In fact, he wouldn’t have even shown up, given his recent promise to cancel the Paris agreement within his first 100 days in office. Made evident by numerous tweets and statements, The Donald’s descriptions of global warming as a “hoax” and a concept “created by and for the Chinese in order to make U.S. manufacturing non-competitive,” point to his overwhelming disbelief in global warming. Except, of course, when it comes to protecting his precious golf courses.

The prospect of having the leader of the world’s largest superpower drop out of the race to a carbon-free future now is terrifying. Trump as president runs the risk of ruining our chances of redemption, of enabling technology to win in the race for our lives.

China already outpaced the U.S. by 500 percent in job creation. They aren’t treating global warming like a “hoax,” but rather, are busy “Making China Great,” while we in the U.S. continue to debate whether global warming is real or not. But with US$12 trillion of investment being poured into the industry on a global basis, Trump has a chance to truly make “America Great Again” by embracing renewable energy, as the industry provides the country a massive job creation, promoting economic growth.

Those who embrace the energy transformation will be able to grab the lion’s share of the 20 millions jobs that the renewable energy segment is forecasted to create by 2024 . More importantly, Trump has the chance to leave a legacy that championed technology to win the race of our lives.

In the midst of all of these epic races, it is Mercatus’ mission to enable the multi-trillion-dollar transformation needed to support renewable technology. In order to succeed, power producers will need all of the investment funding and low-cost capital that they can get to put more renewable projects online — because in humanity’s race for life, clean energy is our only hope for a sustainable future.

This article was originally published by Mercatus and was republished with permission.