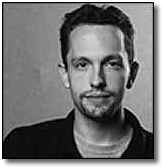 Over the course of three years’ debate on the Energy Bill, with repeated stalling and reverses, it has become increasingly clear that the Federal government no longer has the lead in US efforts to advance renewable energy. Both major parties would like to assign this lack of progress to the other, but the fact remains that the major obstacle to a national energy policy is not partisan so much as it is regional.