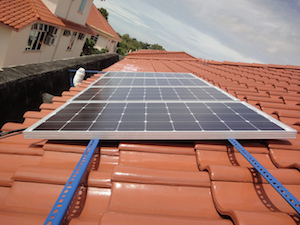 Sunrun has received about 1,000 orders for its recently launched BrightBox solar plus energy storage solution in California and Hawaii, Sunrun co-founder and CEO Lynn Jurich said during a March 8 4Q16 company earnings call.

“The numbers are not small,” Jurich said. “These systems represent over 20 MWh of storage. This will be a massive growth market for us and the industry.”

“It is the future and significantly shifts the energy sector’s regulatory profile in our favor,” she said. “The burden of proof will shift to utilities to justify increased CapEx when solar plus storage is often a more efficient solution. And note that utility CapEx was a $58 billion market in 2015.”

California is in the process of shifting customers of the state’s largest utilities to TOU rates. The shift to TOU rates will affect the economics of rooftop solar panels. Sunrun says its BrightBox gives customers options for managing their energy consumption so they can shift when they use solar energy to minimize paying peak rate energy prices.

Sunrun Chief Financial Officer Bob Komin said during the conference call that “we remain confident in our growth trajectory, with strong visibility to our [1Q17] guidance of 69 MW, which reflects 15 percent growth year-over-year. For the full year, we’re guiding to 325 MW, reflecting a 15 percent growth rate. We expect the year will show higher deployments in Q3 and Q4, similar to seasonal influences we’ve experienced in the past.”