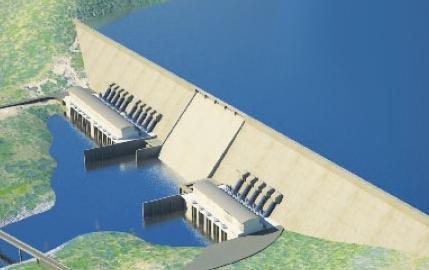 A two-day summit currently under way between Ethiopia, Egypt and host country Sudan is intended to foster more collaboration between the African countries as work on the 6,000-MW Grand Ethiopian Renaissance Dam continues.

The meeting, being held in Kartoum, includes foreign ministers, chiefs of water resources and other high-ranking officials, with the quelling of concerns from each party being a primary objective.

The Grand Ethiopian Renaissance Dam, or GERD, has been a point of contention for years due in large part to its reservoir. The project’s massive dam would impound the Blue Nile River, from which Egypt’s Nile River draws more than 85% of its water.

The countries seem to be putting aside their differences for the time being, however, with Sudan’s Ministry of Water Resources, Irrigation and Electricity saying they will try to “work as one country” until GERD is complete.

The meeting is being held as a make-up for a summit originally called for late February, but canceled following the resignation of Ethiopian Prime Minister Hailemariam Desalegn.

The countries last met at the 17th Annual Tripartite National Technical Committee negitiations, held in November in Egypt. LEaders had hoped to come out of that meeting with an agreement on filling GERD’s reservoir, but had to table the issue after being unable to reach a consensus.

Ethiopian Electric Power has been working to build GERD since 2011, at an expected cost of $6.4 billion. GERD is to feature the largest roller-compacted-concrete volume dam in the world at 10.2 million cubic meters. The reservoir it impounds will have a capacity of 70 cubic kilometers. Two powerhouses will contain 16 Francis turbine-generator units, and total annual generation is expected to be 15 TWh.