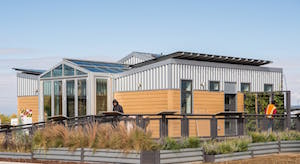 Within the next month, energy watchers expect the Federal Energy Regulatory Commission to act on an order from Energy Secretary Rick Perry that would create new pricing rules for certain power plants that can store fuel on site to support grid resilience. This initiative seeks to protect coal-fired and nuclear power plants that are struggling to compete with cheaper energy sources.

Perry’s proposed rule applies to plants that operate in regions with deregulated power markets, where utilities normally compete to deliver electricity at the lowest price. To qualify, plants would have to keep a 90-day fuel supply on site. Each qualified plant would be allowed to “recover its fully allocated costs.”

In other words, plant owners would be able to charge enough to cover a range of costs, including operating costs, costs of capital and debt, and investor returns. Federal Energy Regulatory Commission Chair Neil Chatterjee has stated that the extra money to keep coal and nuclear plants running “would come from customers in that region, who need the reliability.”

Will consumers willingly pay higher bills to support coal and nuclear power? My research group has analyzed another option: Going off-grid and generating electricity with home-based solar energy systems. Recently we compared the cost of grid power to off-grid renewable generation in Michigan’s Upper Peninsula. We found that within a few years, a majority of single-family owner-occupied households could afford the necessary generating systems and economically defect from the grid.

Is Reliable Electricity at Risk?

Coal and nuclear technology are struggling to compete as prices decline for solar, wind and natural gas generation. Some states, along with the Trump administration, are worried about early retirements of coal and nuclear plants and looking for ways to avoid more.

In early 2017 Perry commissioned a grid reliability study, which found that cheap natural gas and flattening electricity demand were the main drivers for coal and nuclear plant retirements, and projected more closures to come. Shortly after the report was released, Perry proposed this rule.

Many responses have been critical. Jon Wellinghoff, who chaired the Federal Energy Regulatory Commission under Presidents George W. Bush and Barack Obama, said: “It’s gonna be as expensive as hell. Expensive as it can be because we will be paying the full freight on coal and nuclear plants.”

ICF Consulting estimates that Perry’s proposal would cost ratepayers an extra US$800 million to $3.8 billion annually through 2030. Others calculate the cost at up to $10.6 billion annually, depending on the rule’s design.

What Can Consumers Do?

If retail prices do actually go up as a result of Perry’s proposed changes to the wholesale energy markets the Federal Energy Regulatory Commission regulates, ratepayers can manage their electric bills in three ways. First, they can reduce electricity use by adopting efficient technologies, such as Energy Star products, and conserve energy through steps such as turning off lights.

In areas with favorable rules, consumers can save much more by installing rooftop solar power while staying connected to the grid. The key requirement is that their utility must allow net metering. Under this arrangement, when homes generate more electricity than they need, they can sell excess power into the grid and receive credit for it on their electric bills.

The levelized cost of electricity from solar is lower than grid electricity in most of America. This makes it normally profitable to use solar power to reduce household electricity bills, if homeowners can afford the up-front investment to install solar systems. The most solar-friendly states, which are mainly in the Northeast and on the West Coast, support solar with tax credits, rebates and other policies. However, home solar systems are even becoming popular in southern and Appalachian states that provide less support for renewable energy.

But widespread adoption of home solar power can reduce utility profits and shift electricity demand patterns in ways that require power companies to make upgrades as their customer bases shrink. This conundrum has sparked debate over a scenario known as the “utility death spiral”: As customers leave the grid, utilities sell less energy and have to raise prices to cover their fixed costs. More customers install solar in response, pushing electricity prices up further and driving more customers away.

In response, some utilities have tried to slow the move to solar through steps such as distorting net metering rules and campaigning to limit access to net metering.

Defecting from the Grid

Such tactics raise the cost of grid-tied solar systems and frustrate many customers. They give consumers incentive to pursue a third option: Disconnecting from their utilities and relying on on-site solar generation, supported by energy storage (and sometimes backup) systems.

One recent study investigated state-level markets in New York, Kentucky, Texas, California and Hawaii. It found that solar hybrid systems were already profitable for consumers in some places, particularly Hawaii, and could become so for tens of millions of customers over the next several decades.

My team studied the potential for grid defection in northern Michigan, one of the most challenging places in the U.S. to go solar. Winters there are dark and brutally cold, so households can rely entirely on solar power only in warm seasons.

However, solar coupled with so-called cogeneration systems and batteries can provide enough energy on cold, cloudy winter days. These small-scale combined heat and power systems, which are made mainly in Japan, usually run on natural gas and produce heat as they generate electricity. They can function year-round and are most effective in the winter when solar production is low. The costs of these hybrid systems are declining.

In our study, we first calculated electricity demand by household size and type. Second, we compared costs of conventional grid electricity to an off-grid solar-hybrid system. Finally, to assess how many households could afford to invest in solar-hybrid systems, we analyzed household incomes and minimum credit score requirements for financing from the Michigan Saves program, which makes loans to help residents reduce energy costs.

Our findings suggest that if Perry’s proposal is enacted and raises rates, it could drive many ratepayers to go off-grid, leaving fewer customers to cover the costs of maintaining the grid. This could raise electric rates substantially for utilities’ remaining customers, potentially triggering further defections. In sum, subsidizing coal and nuclear plants could destabilize the electric power system instead of strengthening it.