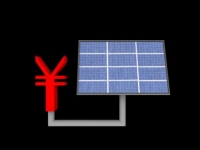 New Hampshire, USA — On March 17, the Japanese Ministry of Economy, Trade and Industry (METI) announced that it would begin accepting applications for a generous subsidy that it is awarding to consumers who install lithium-ion battery storage systems along with renewable energy systems on their homes or businesses. The subsidy will spark nearly 100 MW of energy storage capacity to be installed in 2014, according to an energy analyst with IHS.

According to METI, the program is a direct result of its desire to help firm up the grid, which has seen an influx of renewable energy since the country shut down its nuclear fleet in reaction to the Fukishima accident in 2011.  Demand-side energy storage can help reduce overvoltages on the grid that can occur in the afternoon on days of high insolation. It can also encourage consumers to manage their energy use more carefully.

Sam Wilkinson, an analyst with energy consultancy IHS, says the moves by these two countries will spark incredible market growth in the energy storage industry.  “Japan’s share of the total global grid-connected storage market — including all interconnection locations — will reach 12 percent in 2014 whilst Germany, which last year initiated a PV energy storage subsidy, will claim an 11 percent share of that market this year,” he said.

Further, renewable energy policies set by these countries have been used as templates across the globe, said IHS.  Wilkinson believes that this has led to “dramatic growth and massive cost reduction” for PV and predicts a similar trajectory for energy storage.

“As such we expect 6 GW of storage to be installed in 2017, with 1.5 GW of this being co-located with utility-scale renewable sources and over 2 GW in behind-the-meter systems, many of which will also include PV systems,” he said.

That growth will lead to energy storage cost reductions on the order of 30 percent by 2017, “allowing them to become economically viable solutions in several markets and applications,” he concluded.