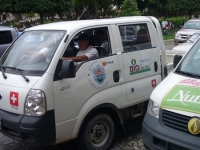 Madrid, Spain — Spain has pledged to launch measures to help shore up the biofuels industry, which is being hit by huge imports of biodiesel from foreign producers.

According to leading trades union CCOO, the state is about to launch a new decree that will limit foreign biofuel imports, which come in at much lower prices than the national average, making dents in local producers’ profits.

The union said the Energy Ministry has agreed to launch the law in the coming weeks to help avert producer bankruptcies and job losses.

“We need specific policies to end these imports whose low prices are costing the industry billions,” said a CCOO official. “The government has pledged to do this as soon as possible and we hope they will meet their word.”

Specifically, it has asked the government to issue a production cap to EU biodiesel factories of 5m tonnes per year. Through this initiative, which would last two years, only the biofuel made in these factories could be used to meet Spain’s bioefuel production targets.

A move in this direction “would certainly reduce the imports but let’s hope the government approves it,” said an APPA official in Madrid, adding that the association hopes to hear encouraging news in coming days.

The import limit, which is already in place in other European countries, will see Argentine and Indonesial biodiesel imports, which have flooded Spain in recent years, drastically reduced. Because these countries issue favorable export taxes, producers are able to sell the fuel at much lower prices in Spain.