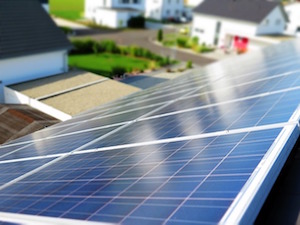 Sonnen GmbH, a German manufacturer of batteries for residential and commercial energy storage, plans to combine research and manufacturing at a new facility in Atlanta as part of a U.S. expansion.

The company’s lithium ion chemistry uses iron phosphate and was designed for stationary use, unlike batteries for electric cars that require lighter materials and smaller footprints. The company used a San Jose, Calif., contract manufacturer to produce batteries for them and now plan to bring manufacturing in-house at a site in Atlanta.

Sonnen has installed more than 16,000 storage systems worldwide, mostly in Germany. With demand for residential storage growing, it sees the U.S. as its next big opportunity. Its product helps solar homes use more of the energy the panels produce and can also provide backup power during blackouts.

“We want to control our product entirely, as we do in Germany,” Blake Richetta, who leads sales for Sonnen in North America, said in an interview. “The U.S. market is in its infancy. We have the largest installed residential base and it’s still tiny.”

Richetta declined to say how much Sonnen plans to invest in the new factory, or how much it will initially turn out. Production will begin in the second half of this year.