PV and ME Question: Are Solar People Clean and Green or Dirty Hypocrites?

Call it the green gospel according to the reborn Solarites. In the religion of solar, the earth, blessed by the sun, is a paradise to be saved, a dogma these disciples of photons will gladly shout from the deepest desert solar farm to the highest mountainside off-grid PV system.

But just how pure and clean are the souls of the solar saviors, with their holier-than-those-polluting-sinners attitude? Rather than the greenness preached, the color of solar is often tinted with many shades of grey.

1) Put Solar Where Your Mouth Is

Down at the customer end of the solar believers, PV and ME blog follower Philippe Hartley has confronted the wavering faith of the Solarites up close. Hartley, a former Los Angeles-based merchant in the sale of residentialPV systems, has seen waffling principles among his prospective customers in the post-2005 era of solar adopters. “In proposing solar systems at the residential level no less than thousands of times, I alwaysasked: ‘What is the main motivation pushing you to consider solar?’ Typically, a ponderous smile would precede a tentative ‘It’s good for the environment’ — or something of the sort.

So then I would ask: ‘How much more would you be willing to pay to have solar over your current energy costs…10 percent, 20 percent, 50 percent?’  And with extremely rare exceptions, the answer would be: “Uh…I thought it was going to save me money.’  (In the [PV] industry, the reverse rule applies for 90 percent: ‘Can I make money?’) If I had been selling backyard coal plants, I would have gotten fewer [interested clients], but those prospects would have been more  genuine,” Hartley says, “No one wants to individually pay to clean up society’s mess. So the answer to the question [of how committed solar people are] might be the latter — hypocrites.”

According to an Aug. 2014 article in Scientific American, solar installations are a curse for some flying fowl. Citing a federal study in California, the report describes solar farms as “mega-traps” with insect-seeking birds smashing into solar arrays, thinking they are bodies of water. It’s called the “lake effect.” This, of course, ignores the car- and windows-on-buildings effect (not to mention the coal-fired electricity plant-effect), 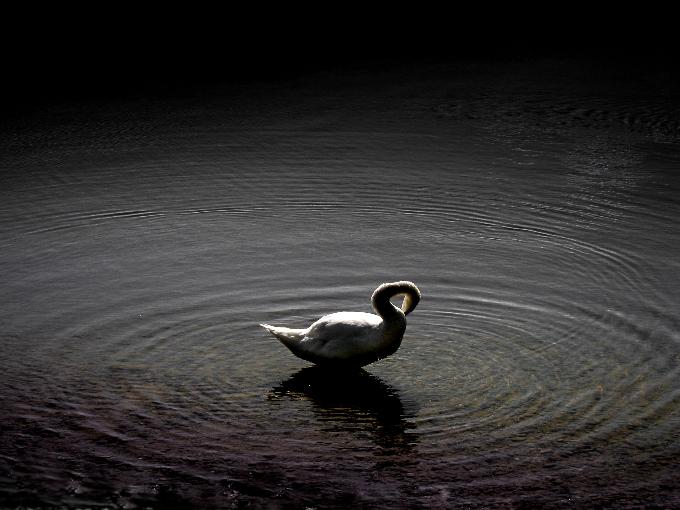 which certainly kill untold thousands of birds per month.

In January 2010, Grist, an irreverent source of information on what it calls “climate apocalypse,” ran an article called “Solar’s dirty little secret” which talked about a “witch’s brew of toxic chemicals” in solar modules. It was based on a 2009 study on the PV manufacturing industry by the Silicon Valley Toxics Coalition (SVTC), which looked at the dangerous substances used in PV production, with the critical times being in the manufacturing and end-of-life stages for modules. Since then, the San Francisco-based non-profit organization has been publishing an annual Scorecard on the environmental ratings of producers.

Its fifth list of grades was released in Nov. 2014, with the top three spots for ethical practices going to PV producers Trina, SunPower Corp. and Yingli. But SVTC’s head, Shelia Davis, noted that the market share of module companies committed to reporting environmental practices had declined. She expressed concern that companies “who offer cheap products and hide their environmental footprint may be rewarded by the market,” describing the danger as “a race to the bottom.” Perhaps as an unwanted Christmas present for solar companies with poison-prone product, on Dec. 24, 2014 Davis announced that starting in 2015, SVTC would begin developing its Scorecard into a formal standard accredited by the respected American National Standards Institute (ANSI).

In a Jan. 17, 2015 article, Forbes reported that “consumers are increasingly at risk of being duped by rooftop solar leasing companies that promise easy terms, including no money down.” Citing several news sources, the financial news service said that long-lease contracts “lack transparency” for economic benefits and that the “estimated savings almost never materialize.”

Whenever government subsidies are involved, any perceived waste can cause bad press, as happened with California-based Solyndra. In 2009, the company, which planned on manufacturing cylindrical modules, received more than half a billion dollars in loan guarantees from the US Department of Energy before going bankrupt. This gave solar a black eye, making it more of a financially rewarding target for legal eagles.

In a Dec. 2014 article, the UK-headquartered news service The Guardian reported that the Texas-based Corporate Whistleblower Center was trying to stir up lawsuits against solar power companies that “have fleeced the U.S. government for grant money.” But the Center’s parent is headed by a convicted real estate scammer, the newspaper noted. The goal is more likely a means for creating a pool of litigating clients. In a September 2014 press release, the Center promised that “the potential for rewards can be enormous for this type of information.”

In 2013, Stanford University reported that the rapid growth of the solar power industry may have “exacerbated the global warming situation it was meant to soothe.” Citing a a highly technical study co-authored by Michael Dale, postdoctoral fellow at Stanford’s Global Climate & Energy Project, it looked at the amount of energy measured starting in 2000 that the PV industry had used, mostly from fossil fuels. According to the study, the energy to produce the PV components was actually greater than the power the resulting PV installations produced. The good news, Stanford researchers said, was that with continued technological advances, the global PV industry is poised to pay off its debt of energy as early as 2015, and no later than 2020. In an interview for the Standford report, Dale said PV was on its way to becoming “a net energy benefit to society.”

Another PV and ME follower, a renewable energy manager in the southeastern US who asked that her name not be used, sees the talk of birds, chemicals and energy as a smokescreen. Some Solarites may be gray. But what concerns her is the blackness of what she calls “the other guys.” Solar people, she contends, are not dirty hypocrites — they are the ones who are committed to an ideal. “I think what seems to set the solar crowd apart from other more traditional energy developers is their genuine passion for the product they promote. The other guys don’t seem to bring that same reverential zeal for their product when making their pitch.  I think there’s a good reason for that.

While solar has its challenges like all technologies, it is more sustainable than most — period. Gather all of that [anti-solar rhetoric] up and it would still pale in comparison to what we get when we take a look at our other resource options,” she says. “Shall we discuss the risk profile of nuclear as a point of reference, for example? Or coal, perhaps?  Fracking for natural gas, anyone? I think you get the point. So my short answer is, no, solar people are not dirty hypocrites — but I know a few industries that would love for you to believe they are.”

PV fanatics are sometimes so parochial that they consider themselves to be the only answer to the climate-change struggle. Hence, they can be found putting down, or — at the very least — ignoring other renewables that are fighting the same fight. While wind power is the most common target, PV’s other cousins, such as solar thermal and concentrated solar power, are not immune to the indifference of the PV club. Some PV flatplaters even give PV-based solar trackers the cold shoulder.

Look at the smart phone app Flightradar24, and the  number of planes in the sky is astounding. Unlike the swarm of pollen-bearing bees that they resemble, each of the planes spews exhaust particulates, adding to the CO2 to the upper atmosphere. Among the passengers are often solar people, many on their way to solar trade fairs and conferences to promote ways of limiting that very same gas. It is highly unlikely that 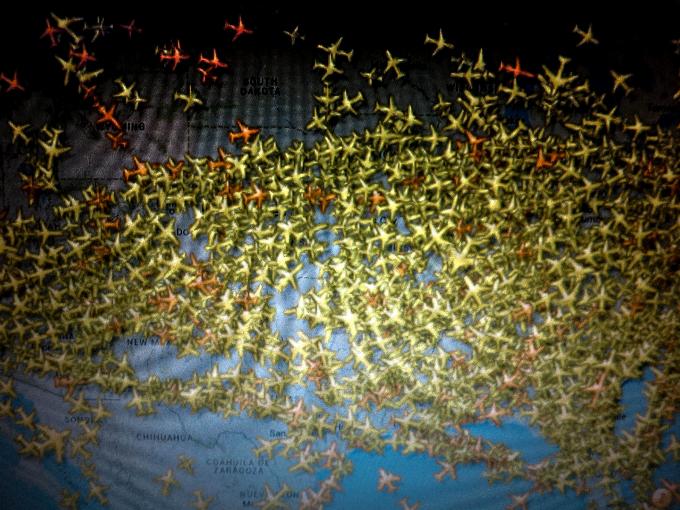 alternatives, such as the solar-powered Solar Impulse airplane, currently making gambit to circle the globe, will ever clear the air. But there are less hypocritical options in the internet age. Perhaps huge solar gatherings via cyberspace Skyping — on PV-powered PCs.

How many people with solar on their roofs or workers in the PV business unnecessarily get into cars – usually with no other passengers – for their drive to work, shopping, or just leisure. Use it as a necessary evil, yes, but not an unnecessary one. Take the bus, bicycle, walk, run, skate or, if drive you must, use an electric vehicle (charged by PV arrays). Other hypocritical lifestyles for Solarites? – perhaps smoking; leaving the computer and lights on; taking long, hot showers. Solar believers may pontificate a certain way of life for a healthier planet, but do they live it?

Where are you on the green/hypocrite solar scale — and why are you  there? Help PV and ME reach the full half-century mark of 50 shades of solar by praising your commitment to the cause or confessing your secret sins in the comments below.

So, yes, there is a fair amount of grey in the way Solarites practice their faith. But even the most cynical among them, those just looking to earn a buck, must sometimes feel that they are among the environmental righteous. Hypocritical or not, in making solar love to the shining Sun by embracing the efficiency of every photon possible, they will always be better than those who try to squeeze the last drop of oil or belch of gas out of the stony ground by fracking Mother Earth.

Next PV and ME Question: Whatever happened to off-grid PV?

Submit your own question for a future PV and ME article: Your Question Suggestion

This article was originally published on PV and ME and was republished with permission.