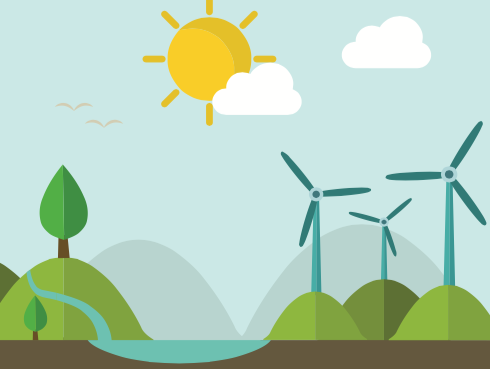 In addition to the projects that went online in February, more than 350 MW of renewable energy capacity are currently in the testing phase of development, indicating they are close to being ready to operate.  Of those 350 MW, about 80 MW are hydropower capacity increases that will be part of the two AMP projects named above. The remaining 270 MW are four solar projects ranging from 4 to 62 MW, two waste-to-energy projects (one 3 MW and one 5 MW), one 150-MW wind project and the 10-MW / 5.2MWh Green Mountain Energy Storage System owned by NextEra.  That project uses lithium-ion batteries and provides frequency regulation and renewable energy time-shift for the PJM territory.

In related news, yesterday the American Wind Energy Association (AWEA) announced that it has tallied up data from the Global Wind Energy Council (GWEC) and by the U.S. Energy Information Administration (EIA) and discovered that the U.S. leads the world in wind energy production. Further AWEA reported that Iowa became the first state in the U.S. to get more than 30 percent of its annual electricity production from wind power.

“The U.S. is blessed with world-class wind resources,” said Tom Kiernan, CEO of AWEA in a release. “We’re tapping into this homegrown resource more than ever thanks to American innovation and U.S. workers building some of the most productive wind turbines in the world. Now more than ever, low-cost, stably-priced, zero-emission wind energy is keeping our air clean and cutting costs for consumers. American wind power is well on its way to supplying 20 percent of U.S. electricity by 2030.”

Generation Hub data indicates that 434 MW of renewable energy capacity is more than half-way to completion; about 200 MW is wind power.