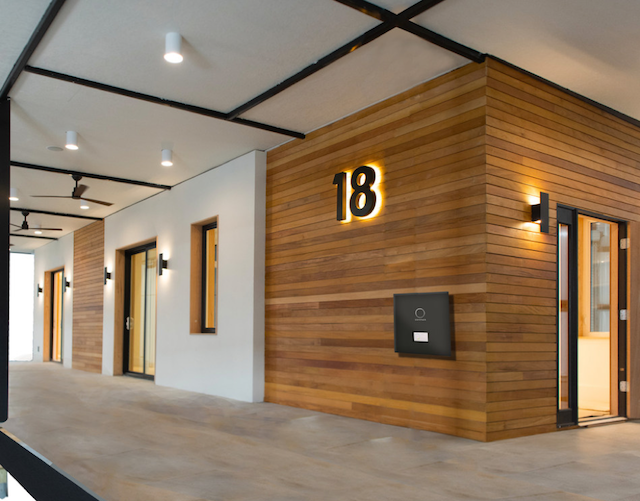 When Florida lawmakers approved key solar legislation last year, they unleashed a tidal wave of residential solar potential. Yesterday’s announcement from energy storage company sonnen and homebuilder Pearl Homes is another example of the how solar is taking off in the sunshine state.

The two companies announced that they have partnered to create the second sonnenCommunity in the U.S. (The first one is in Arizona.) The sonnenCommunity will be at Hunters Point in the small fishing village of Cortez, FL. It will be comprised of 148 homes pursuing LEED Platinum certification that let residents take change of their own energy use through solar PV, a battery and smart energy management tools like the Nest thermostat and Google Home. The homes will also feature an EV charger, according to the companies.

Hunter’s Point sonnenCommunity represents the first time an energy storage system has worked in concert with Google Home in a master-planned development, capable of maximizing the intelligent use of each household’s renewable energy, said the companies.

In initial tests, it was determined that the already-built homes are generating approximately 96 percent of their own clean power, with the goal of being fully net-zero. In total, the Hunter’s Point sonnenCommunity projects represent 9 MWh of storage capacity and 7.2 MW of power.

Following the installment of the first 148 homes, Pearl Homes said it would begin a second development comprised of 720 apartments. It will be the first net-zero rental community of this size, with pricing designed to provide people of varying income levels with the opportunity to live in a greener residence, said the company.

“We are thrilled to partner with Pearl Homes…as we upend the traditional homebuilding vision and replace it with one based on decarbonizing the grid and establishing a complete solution for green living that is affordable for a much broader market,” said Blake Richetta, Senior Vice President and head of sonnen’s U.S. operations.

“Together with our partners at Pearl Homes and Google Home, we are effectively demonstrating the intersection between renewable energy, home automation and homebuilding, establishing a blueprint for the affordable clean energy home of the future,” he added.

The companies said the the homes will “decongest the wires” of the local utility grid, providing load- shaping throughout the day to support intelligent demand management; establish smart configurable backup “that provides resiliency and peace of mind for homeowners in the face of storms and other natural disasters; and the ability to live a cleaner lifestyle than any other development in the country,” according to sonnen.