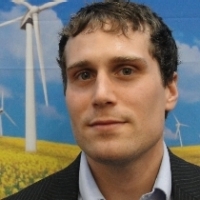 Armed with tens of billions in loans from the Chinese government, Chinese solar companies have scaled at a rate unthinkable only a few years ago. At the end of this year, there will likely be 50,000MW of manufacturing capacity in place around the world, with much of that new capacity being developed in China and other Asian countries.

September 15, 2011 — Armed with tens of billions in loans from the Chinese government, Chinese solar companies have scaled at a rate unthinkable only a few years ago. At the end of this year, there will likely be 50,000MW of solar manufacturing capacity in place around the world, with much of that new capacity being developed in China and other Asian countries. (In the year 2000, there was only 100 MW of production capacity world-wide.)

In four years, the solar manufacturing sector shifted from being led by a geographically dispersed number of companies to one dominated by Chinese companies. In 2006, there were two companies from China in the list of top-ten cell producers.  In 2010, there were six, according to Bloomberg New Energy Finance. There are currently only two non-Asian manufacturers in the top ten, and those companies — First Solar and Q-Cells — have shifted a lot of their production to Asia.

So what happened? How did the Chinese come to completely dominate the solar industry in such a short period of time?

?The Chinese strategy is very clear. They are engaging in predatory financing and they?re trying to drive everybody else out of the market. When you?ve got free money you can out-dump everybody below cost,? Ashley said in an interview with Climate Progress.

That ?free money? Ashley refers to is the cheap debt provided by the Chinese Development Bank (CDB).  Here?s how the CDB works its magic:

The CDB was originally set up as a ?policy bank,? to operate as an arm of the Chinese central government, doling out public funding to support central government development programs.  Now it is a ?joint stock company with limited liability? that often reports to China?s national cabinet on certain policy issues. This allows the Chinese government to get involved in CDB activities and direct loans toward projects officials want to support.

Unlike most regular commercial banks, CDB raises most of its money via long-term bonds. Funders cannot take that money back out until the term is up, so the bank can make longer-term loans to Chinese companies. CDB also gives borrowers very low interest rates, and, if the borrower cannot pay back the loan, it may be back-stopped by the Chinese government.

This makes it easier, cheaper and a lot less risky for solar companies to obtain financing.

In 2010 alone, the bank handed out $30 billion in low-cost loans to the top five manufacturers in the country.  [See chart above.]  This has enabled China?s solar producers to grow to GW-scale in a very short period of time, turning the country into a leading exporter of solar and pushing down prices dramatically.

From a project development perspective, those steep price drops are a very good thing. But manufacturers trying to make product outside of China and other Asian countries are getting hit hard.

Allegations of solar panel dumping have been made before in Europe and the U.S., but they have never been proven. In 2009, Suntech CEO Shi Zengrong explained in a conference call that his company was selling panels below marginal costs. But he reversed his statement shortly after, saying he misunderstood the reporter?s question.

With Chinese producers in a far more dominant position than in 2009 and a slew of solar manufacturing facility closures announced in the U.S. in recent months, concerns about dumping have resurfaced. Oregon Senator Ron Wyden recently sent a letter to President Obama asking him to investigate whether or not Chinese companies are selling product below cost in order to push American producers out of the market. He also called on the administration to implement a trade tariff on Chinese modules:

Letting that happen is unacceptable. Please know that if your administration is unwilling to take the appropriate steps, with haste, I will advance a legislative effort, as provided by the U.S. trade remedy laws, to ensure that the American solar industry is not harmed by unfair trade.

Wyden?s letter comes after the high-profile bankruptcies of American solar manufacturers Solyndra and Evergreen. While a variety of technological and market-based factors contributed to the demise of these companies, the Chinese competition ? driven by cheap, easy debt ? played a central role.

Remarkably, even with all the pressure from China, the U.S. is a net exporter of solar products to the country. A new report issued by GTM Research and the Solar Energy Industries Association shows that America had a $247 million solar trade surplus with China in 2010, mostly because of polysilicon and equipment shipments.

?Yeah, that?s great. But we?re just sending the raw materials and buying back the finished goods,? explained Suniva?s Bryan Ashley. ?That?s a going-out-of-business strategy. Pretty soon they?ll figure out how to produce quality polysilicon and they?ll be doing it all themselves. We need to re-learn how to make things in this country.?

Ashley would like to see a Buy America provision for certain installation programs and investigation into the dumping issue.

But rather than engage in trade battles, GTM Research?s Director of Solar Shayle Kann believes that America needs to put its focus on technological innovation. Testifying in front of the House Natural Resources Committee yesterday, Kann explained the strategy:

It will be difficult for the U.S. to compete with China at its own game — namely, high-volume manufacturing of a commoditized product — given the cost advantages available for Chinese manufacturing. However, the U.S. can and should continue to develop and commercialize innovative technologies that offer lower costs than traditional panels. These new technologies are generally proprietary, require a more skilled labor force, and are difficult to duplicate.

Suniva could be considered part of this category. Using a unique cell design, the company has created a high-efficiency mono-crystalline solar cell that could compete with SunPower. But with all the cheap debt that the Chinese government is throwing at domestic companies, Suniva is finding it increasingly tough to stay in the U.S.

?If something isn?t done, no one will be making solar PV in the U.S.,? said Ashley.

The situation is a difficult one. China?s domestic efforts are helping drop the price of solar at an astonishing pace ? something that everyone in the solar industry wants. But it?s also making it extraordinarily difficult for American solar manufacturers to compete.

The United States invented the modern solar cell over a half century ago.  As China continues to boost domestic solar companies, the American solar industry will be asking some hard questions about how — and if — solar manufacturing can ever make it in a big way in the U.S.

Melanie Hart, Policy Analyst for Chinese Energy and Climate Policy at the Center for American Progress contributed to this report.

This article was originally published by Climate Progress and was reprinted with permission.

Stephen Lacey is a reporter with ClimateProgress.org, a blog published by the Center for American Progress. He is a former editor and producer for RenewableEnergyWorld.com, where this column appears. Visit his author page at /content/rew/en/authors/l-p/stephenlacey.html