Virginia, USA — As journalists we tend to be on high alert for danger signs. Based on what we write, readers might be under the impression that trouble is brewing for solar. Florida killed its rebate! Wisconsin is taxing solar! The federal investment tax credit is shrinking!

Truth be told, 2015 is shaping up to be a very, very good year for the solar industry in the United States. Yes, a few states are being persnickety. But far more are promoting solar, and they are not just the usual West Coast and Northeast leaders.

And yes, the investment tax credit ramps down to 10 percent after 2016. But that’s likely to encourage people to install solar sooner rather than later.

“There will be a frenzied effort by the industry and buyers to jump on the solar band wagon before the end of the 30 percent ITC,” said Tom Leyden, CEO of Solar Grid Storage.

That’s not to say the decline in the ITC is the only driver of solar growth — far from it. The U.S. industry is enjoying a host of feeders: low PV prices, new emphasis on greenhouse gas reductions, a U.S. President with a pro-green energy agenda, better utility understanding of its grid benefits and a growing desire among consumers to use locally controlled energy.

The U.S. is on pace to complete its one millionth installation in 2015, according to a report by the Solar Energy Industries Association and GTM Research. This follows a 36 percent increase in solar PV installations over last year.

Much of 2014’s growth came from the utility market (61 percent). But both big and small solar projects are on the rise. 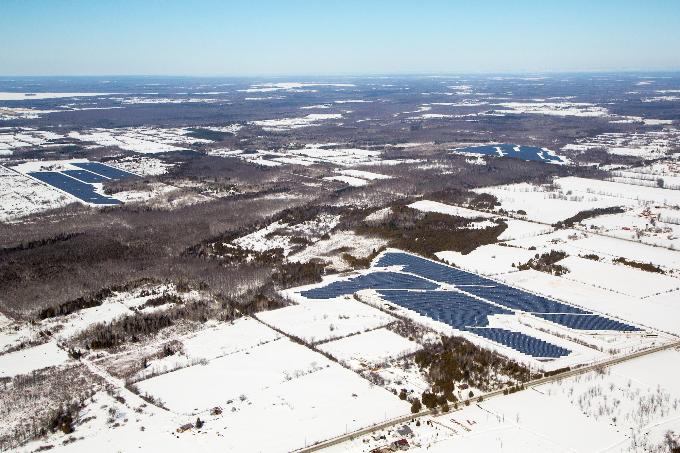 The Smiths Falls 2, 3 and 4 solar projects, developed by Recurrent Energy, are located in Ontario, Canada and are 13 MW, 9 MW and 14 MW of capacity, respectively. Credit: Recurrent Energy.

The Energy Information Administration expects utility-scale solar capacity to nearly double between the end of 2013 and the end of 2015. SEIA/GTM reports that concentrating solar power had its best year ever with 767 MW coming online in 2014. Meanwhile it also was the first year that residential additions topped 300 MW in a quarter.

To put the growth in perspective, the U.S. has installed in the past two years more solar than the previous 38 years combined, according to Rhone Resch, SEIA’s, president and CEO.

The biggest reason for the growth?

“Economics and only economics,” said Jim Nelson, CEO of Solar3D. “Of course, incentives contribute to the economics, but widespread adoption will be driven by fundamental change in the cost structure of solar.”

Nelson added: “Innovation will continue to drive solar cost down to grid parity.”

Indeed, it is already there in some markets. Utilities signed 4 GW of power purchase agreements over the last 18 months at prices competitive with natural gas — or below it, according to SEIA/GTM. Falling solar costs make incentives less important in some states. In California, the residential solar market continued to grow dramatically even as rebates dropped.

Not A Kid Anymore

Interestingly, though, growth is not the only notable feature of the solar market as we head into 2015. The industry is taking on age — and the problems and opportunities that entails.

For example, the solar story is no longer just about new installation — it’s also about maintaining the 17.5 GW already installed.

“The industry is going to start to face what every other industry eventually faces: How do you take care of systems that need repair?” said Chad Sachs, CEO of RadianGEN. “There is this premise that they have few moving parts; they operate like a box. That is the farthest thing from the truth. These are power plants. There are soiling issues, degradation issues, and maintenance issues. That is one of the things the industry is starting to grapple with.”

Developers have dominated the industry so far, many in the build and flip mode. They aren’t necessarily positioned to take on long-term maintenance. Meanwhile, more warranties are expiring. Investors are taking notice.

“You are starting to get more and more investors who really care about the operating performance, rather than just monetizing the tax benefits. You have more yieldcos coming in, more private equity firms that are building an investment vehicle and really care about financial and technical performance,” Sachs said.

This gives rise to a new market for asset management services that not only optimize the physical plant, but also maintain contracts, and manage on-going costs and financials, such as insurance premiums.

The North American solar industry has a lot to look forward to in 2015, but so do its counterparts in China, Japan, India and Africa, according to Matt Rennie, Ernst & Young’s global transactions leader for power and utilities

“China and Japan now make up 50 percent of the world solar PV market, according to Bloomberg New Energy Finance,” he said. “China has a declared target of 35 GW of installed solar by 2015, driven by the need to reduce air pollution from fossil generation as well as meeting its ever-growing energy demand, and appears on track for meeting or exceeding that goal.” 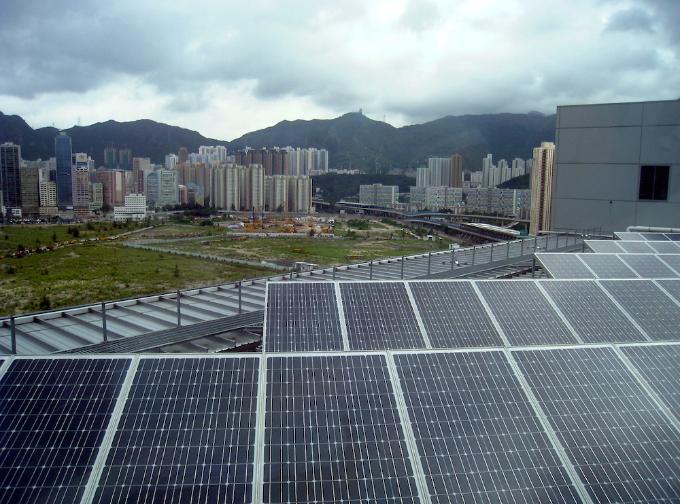 “As result, there is significant amount of acquisition activity by Japanese companies seeking to obtain solar-related capabilities as well as in-bound investments by foreign solar companies and financiers,” Rennie said.

India plans to increase its 2 GW to 20 GW of installed solar capacity in the medium term. Recent tenders in India resulted in levelized solar prices around $100/MWh, comparable to imported coal, and many gas-fired options, he said.

Remote solar and microgrids are part of the electrification effort in Africa, where only 30 percent of sub-Sahara has access to power. Africa and other areas with large, remote mining industries also are attracting solar as an off grid form of power to pair with diesel or help shore up an unstable grid connection.

Money is out there, worldwide, for the right solar projects.

“There are deep pools of capital looking for well-put-together projects globally, whether from public markets or institutional investors,” Rennie said. “When added to the continuing reductions in the costs of solar technologies, the continued drive towards electrification of developing countries and underlying demand for clean technologies by consumers, we expect to see a trend towards continuing solar projects in emerging regions such as Africa, India and in the Asia Pacific.”

Of course, solar growth is not universal. Tracy London, partner with Bracewell & Giuliani, says that developers are pursuing emerging markets in part because they are moving away from jurisdictions that are reducing feed-in tariffs and other incentives.

“Policies in some of the established solar markets such as the UK and Europe (eg Spain and Italy) will thwart solar market growth,” London said. “In some other countries such as South Africa and countries in Latin America, the policies have been less direct — the imposition of the stringent local content requirements as part of the government’s renewable programs may see an unplanned impact which drives developers away when these requirements are commercially impractical.”

Indeed, the argument over the need for incentives is likely to heighten in the U.S. as well, as solar advocates push Congress to extend the 30 percent federal investment tax credit.

Leyden, of Solar Grid Storage, said under an ideal scenario Congress would gradually — not suddenly — ramp down the 30 percent ITC.

“What I advocate for is a five-year phase out where it will maintain at 30 percent then drop some amount every year until it goes down to 10 percent,” he said. “That would be a perfect selling situation.”

But even if that doesn’t happen, he still sees a healthy solar industry ahead.

“In spite of any regulatory policy changes, I think solar is still going to grow rapidly. The difference is how fast it will accelerate,” said Leyden.

So solar enters 2015 in an enviable position throughout much of the world. It is seeing new market opportunities that come from maturation, yet the industry as a whole is still growing. The question for solar in 2015 is not if it will expand, but by how much.