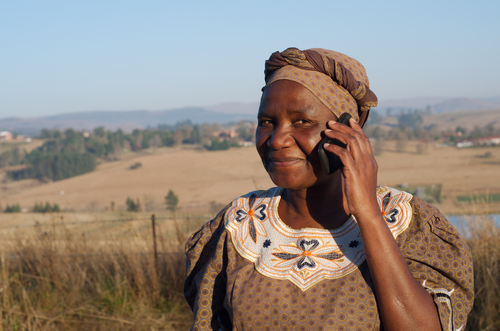 Solar micro-grids are playing an important role in ensuring that communities living in remote areas away from main power have access to electricity in East Africa in a region where nearly 80 percent of the population have no access to grid power.

But the biggest and most unique feature of the growing concept is the ability of companies offering the service to leverage and use mobile phone technology to run their businesses and save on costs.

Consumers use mobile money — M-Pesa in Kenya, for example — to purchase power units as well as monitor usage and get an alert when the amount of power purchased is going low.

That option means that no staff is deployed to read power meters and no bills are due at the end of the month — users purchase power units in a pre-pay arrangement that uses crowd computing.

One such company is SteamCo, and according to founding director Sam Duby, the firm has invested in 24 solar sites in Kenya and Tanzania all in remote countryside where hope of ever accessing main grid electricity remains a mirage in the foreseeable future, even as sun as a resource remains available all year round.

“Our company never needs to send bills to consumers or even hire meter readers,” Duby said in an interview. “Everything is automated like a 21st century vending machine and consumers only buy power when they can or need it.”

Duby’s company uses high-capacity solar panels at a power hub  — a power station from which power is tapped and stored in high-voltage batteries, harvesting up to 5.6 kW, enough to supply stable electricity  to nearly 100 households and business premises depending usage and distance from the hub.

In Kenya, the government thinks that these micro-grids will be critical in the country’s Last Mile Connectivity project — a World Bank-funded project meant to ensure that all rural schools and shops have access to electricity.

In 2015, the government granted American micro-grid firm Powerhive East Africa a license to distribute power to any number of customers within its reach, effectively breaking monopoly of the state-owned distribution utility Kenya Power Company.

“The cost decline in solar and storage will continue bringing off-grid generation costs ever closer to grid levels, and we have developed innovative technology to optimize the cost of distribution and the design of distribution systems,” Rik Wuts, Powerhive co-founder, said in an interview.

Kenya has identified micro-grids and will support them to ensure universal access to power by 2020, according to Pavel Oimeke, director of renewable energy at Electricity Regulatory Board (ERC).

The country, he said, is approving new higher power tariffs for micro-grids to help them play the important role of connecting remote communities while ensuring that the companies remain viable businesses.

“We are set to approve slightly higher power tariffs for micro-grids compared to those we have allowed for national grid to ensure fair return on investment for the companies,” Oimeke said.