More
Home Solar Solar is the Bridge to Our Future 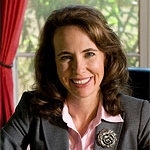 The Middle East is synonymous with oil — a critical natural resource that has transformed the nations of that region into some of the wealthiest on Earth.

My home state of Arizona has no oil to speak of but is blessed with a natural resource that in my opinion is even better: abundant sunshine.

Just as oil was a passport to wealth in the 20th century, I believe the sun will be a gateway to prosperity in the 21st.

With more than 300 days of sunshine every year, Arizona and the neighboring states straddle some of the best areas in the world for solar power.  We have the potential to be a global center for the production of clean, renewable electricity—a commodity that is certain to be in high demand in the decades to come.

As a member of Congress, I wake up every morning and go to sleep every night thinking about the significant challenges facing our country.  Among the greatest of these are

The reason I get so excited about solar power is that it offers a viable solution, at least in part, to all of these major challenges: economic competitiveness, energy independence, and climate change. Indeed, my support for the American Clean Energy and Security Act is rooted in the need to address these critical issues.

Because of its tremendous potential, promoting solar power has been a top priority for me ever since I arrived in Congress in 2007.  I never miss an opportunity to advance this issue, whether through legislation, public education or personal advocacy.

But what would it take for solar to really become a major power source in the United States?  Last year, the U.S. Department of Energy issued a report outlining how we could generate 20 percent of our power from wind by 2030.  What if we were to adopt a comparable target for solar?  What would it take to achieve that?

Well, over the next two decades we would need to install at least 2,200 times as much solar power capacity as we did last year! The industry would have to sustain an annual growth rate of 33 percent for the next 20 years.

In other words, our future growth would have to dwarf our past accomplishments.  That’s a significant challenge in its own right.

But significant solar expansion also would challenge us to increase our grid integration capabilities, develop new energy storage systems and upgrade solar financing mechanisms.  And we would need to train a solar workforce that can deploy and integrate solar into existing and new infrastructure.

Meeting such enormous logistical challenges is difficult, but not impossible.  Our nation has risen to incredible challenges before.  But it will require more than just effective individual companies.  It will require coordination across the entire solar community, including private companies, academia, non-profits, and government.  We must take our collaborative efforts to a new level.

The good news is that solar policy has made some remarkable advances in recent years, despite the industry’s limited resources.  This has happened because solar offers a real solution that speaks to today’s needs in a uniquely effective way.  Nevertheless, from my vantage point in Congress, I can see that continued forward momentum will require a substantial and coordinated advocacy effort. Thankfully, solar supporters are passionate about their cause.

We must draw on that passion to overcome some significant hurdles.  First among these is raising awareness of the true potential of solar power.  Few of my congressional colleagues really believe that solar is capable of making a substantial contribution to our energy needs anytime in the near future.  This must change.

People need to understand that solar technology works, it is affordable, and it is in our national interest.  They also need to understand that without supportive policy, our nation will fall behind foreign competitors in what is poised to be a major 21st century industry, just as we have in so many others, such as textiles, automobiles, flat-panel displays, and nuclear technology.

My staff and I are working hard to spread the news about solar:

And Arizona is an example of a state moving forward with solar:

President Obama recently visited the Southwest and toured the vast photovoltaic array at Nellis Air Force Base in Nevada.  The base is home to the largest PV installation in the western hemisphere:  72,000 panels on 140 acres generating 14 megawatts of clean, sustainable power.  After his tour, the President spoke of the “power of clean, renewable energy to build a new, firmer foundation for economic growth.”

He is absolutely right.  Solar power has the potential to be a core solution to many of our largest policy challenges and increase our prosperity in the process.  But to realize this potential, solar needs a coordinated advocacy effort.  It is time for this fragmented industry, and those who support solar energy, to come together and speak with one voice: “Solar is ready. The time for solar is now.”