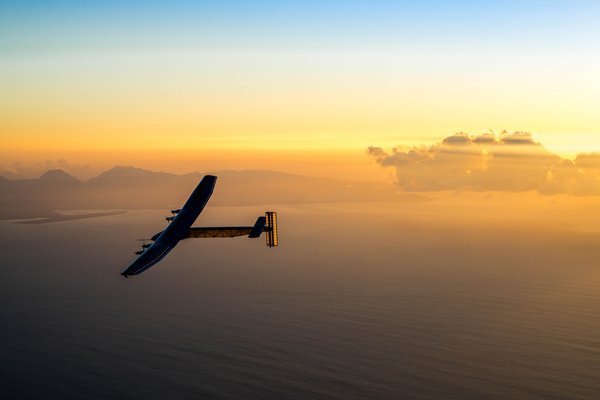 Solar Impulse 2 (Si2) pilot Bertrand Piccard spoke to Facebook fans on Earth Day during his flight from Hawaii to California.

The solar airplane took off from Hawaii on April 21, and the flight is scheduled to take three days, landing in San Francisco on April 23.

Si2, which flies with no fuel, has 17,248 solar cells across the main wing, fuselage and horizontal stabilizer that power four lithium batteries, which in turn power the four motors and propellers and allow the aircraft to fly through the night.

Piccard circumnavigated the globe in a balloon in 1999.

After his record breaking balloon trip, Piccard decided that his next goal would be to circumnavigate the globe in a craft with no fuel. He teamed up with André Borschberg, an entrepreneur and expert aviator on the Si2 project. Last July, Borschberg landed Si2 in Hawaii after a record breaking flight of five days and nights and around 8,900 kilometers from Japan. With the completion of the Pacific crossing by Piccard this week, Si2 will mark a first in the history of both aviation and renewable energy. 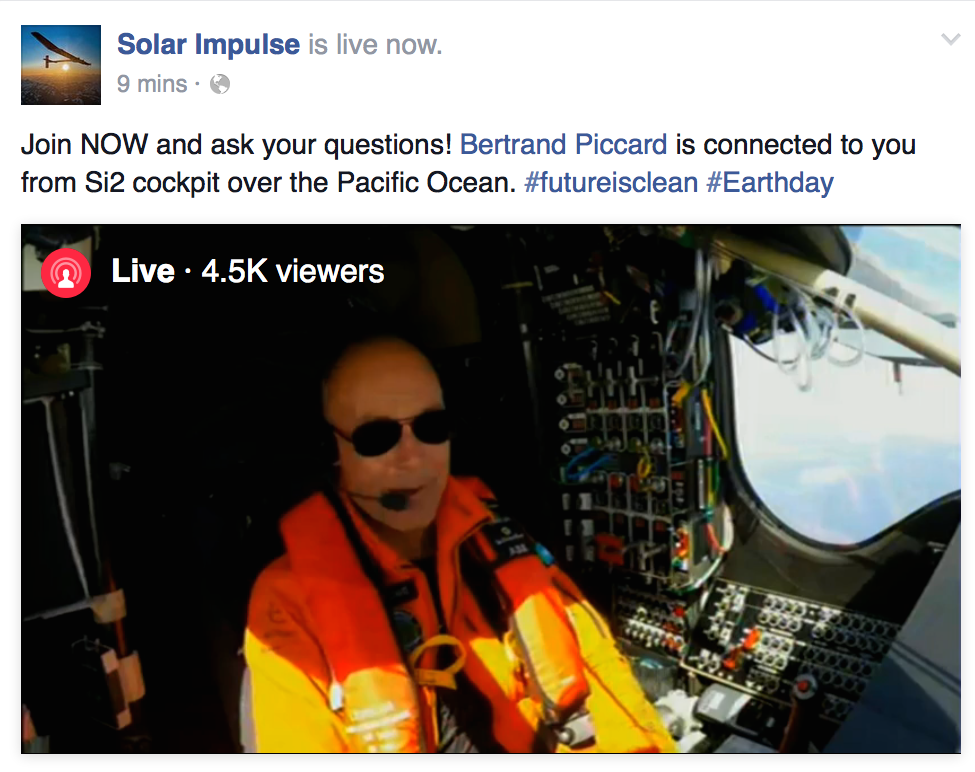 Answering a fan question during his live interview from the cockpit, Piccard said it takes a lot of training and a lot of feeling to be a good pilot. Originally, he said, he was a hang glider pilot and performed a lot of aerobatics. Later he became a balloonist, but he was not an airplane pilot. He said that he had to learn to fly Si2 through flight simulators and hours of training.

Piccard told fans that he doesn’t bank very much when he turns the solar airplane because it has a large surface and a big wing span. It is a very light airplane, he said, and it is very sensitive to turbulence. He added that it is important that the airplane remains very flat during flight.

“If you bank too much, you enter a spin,” he said.

Piccard explained that during the day, when there is enough sun, Si2 climbs to 28,000 feet, and during the night the airplane goes down again to save energy until the next morning. He said that at dawn on Earth Day, Si2 was flying at about 4,000 feet.

“It makes a big difference for altitude,” Piccard said. “This is what the engineers call the flight profile. They calculate it to always have the best amount of energy from the sun going to the engines and the battery.”

Piccard expressed his hope that there will be more solar airplanes in the future, including perhaps passenger airplanes for up to 50 people within 10 years.

You can follow the progress of Piccard’s flight across the Pacific in Si2 by visiting SolarImpulse.com.