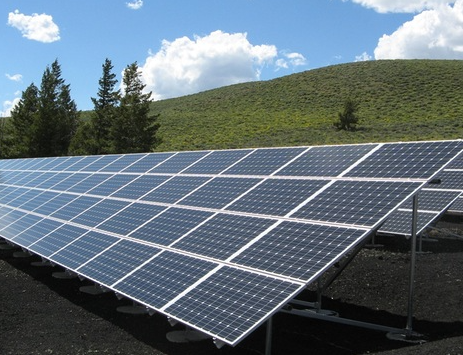 The solar industry’s steady five-year growth period has many experts looking for what factors might be contributing most to this notable increase. And while things such as improved awareness in environmental sustainability have certainly played a role in the industry’s boom, the following five factors are largely credited for solar power’s recent growth.

As a means of supporting the development of solar energy in the U.S., the federal government has implemented a solar investment tax credit (ITC) for anyone who develops or invests in solar energy. When the residential and commercial solar ITC was implemented in 2006, the initiative was to only be utilized for a few years. However, in December 2015, Congress voted to extend the ITC through 2023.

With a compound annual growth rate of 76 percent, the ITC has helped annual solar installation grow by over 1,600 percent in the last decade. Thanks to the extension of the ITC, solar prices are expected to continue to fall, resulting in climbing installation rates and technological efficiencies. In fact, solar installation is estimated to quadruple by 2020, and the solar workforce is expected to double in the same time period.

Overall, the ITC is one of the greatest contributors of solar energy’s growing success. As a stable, long-term federal tax incentive, the ITC can spur economic growth while simultaneously reducing prices and creating hundreds of thousands of jobs the U.S.

The climate change agreement in Paris, along with the global action plan to reduce harmful global warming, has been a significant contributing factor to the solar industry’s boom. The draft, which was established in early December 2015, was agreed upon by negotiators from 195 countries and is aimed at reducing carbon emissions worldwide and limiting global warming.

The agreement addresses issues such as deforestation, food security, poverty, and more. It also includes guidelines for what developed countries can to do to reduce carbon dioxide emissions, like helping developing countries with long-term, scaled-up technology and capability building. As a result of this agreement, the federal government has been even more encouraging for residential and commercial buildings to use solar energy.

The cost of solar energy equipment is at an all-time low. With prices down nearly 70 percent since 2010, the declining cost is perhaps the leading reason for the solar industry’s growth. In general, the average house consumes electricity at a rate of 1 kW per hour. With roughly 730 hours in each month and the average price of a kWh of electricity costing $0.10, the average monthly bill is around $73.

The installation cost of solar panels has dropped significantly. Prices that used to cost between $7 and $9 per watt have decreased to around $3 per watt, which computes to roughly $25,000 to $35,000 for the average system. While the initial installation costs may seem high on paper, many utility companies offer incentives and some even subsidize as much as 50 percent of system costs. There are generally four equipment components in every system:

Thanks to recent technological developments, these elements can now be developed in a more affordable, efficient way. These declining costs have also been another incentive for business and homeowners to switch to solar power.

Simply put, solar energy has grown as a result of rising popularity. Companies, for example, are embracing their solar panels and displaying them on their buildings and campuses to advertise their interest, investment, and dedication to renewable energy. In many cases, people see solar as a status symbol and it attracts people to the company. As many business owners see the importance of reducing their carbon footprint, solar is the best, most affordable option available right now.

Lastly, battery storage has made huge strides in efficiency and type. Instead of the old gigantic lead-plate batteries that are loaded with sulphuric acid, expensive to make, and harmful to the environment, modern batteries essentially use saltwater as the only electrolyte. They are also made of lithium iron, which eliminates the risk of thermal issues and fire hazards. Other things like flywheels, pumped storage hydro, and miniature combined heat-and-power units can also do the same job of batteries.

Despite the fact that cheap oil and gas prices are making it difficult to convince some consumers to switch to solar, solar energy and other renewable resources are here to stay and will continue to grow in both relevance and popularity for years to come.