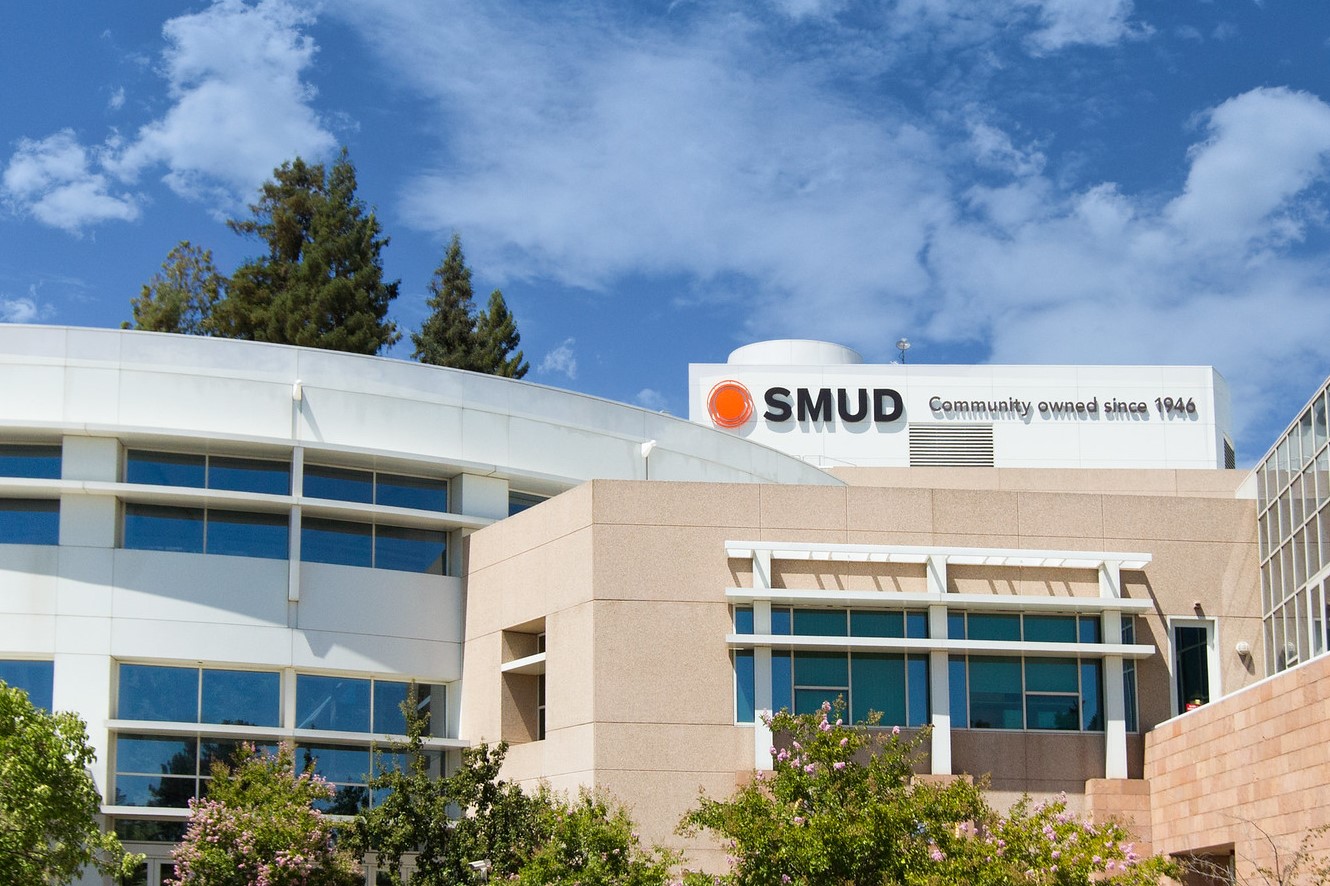 SMUD’s innovative Energy StorageShares program is the first virtual energy storage program in the US. StorageShares allows SMUD’s commercial customers to invest in an off-site battery storage system and enjoy energy cost savings without siting batteries at their facilities. In this newly launched pilot program, eligible commercial customers make an up-front payment to SMUD for program participation; in exchange, they receive a monthly on-bill credit. SMUD bundles the investments from program participants with its own capital, procures a battery, and installs it in a location that optimizes grid benefits.

The program provides guaranteed savings to the customer without impacting their business operations, imposing maintenance obligations, or requiring physical space at their business for a battery system. All SMUD customers benefit from the Energy StorageShares program because SMUD’s costs are reduced through peak demand reduction and deferral of distribution system investments.

Launched in January of 2019, SMUD’s Energy StorageShares program allows participating commercial customers to maximize the benefits from energy storage without having to host or purchase a battery system. Program participants make an up-front investment into the StorageShares program instead of installing a battery behind the meter at their business. In exchange for the investment into the program, participants receive “storage shares.” Each share provides 1 kilowatt (kW) of demand charge reduction savings that is credited monthly on the customer’s bill over a 10-year term. The demand savings from a share represents the savings an on-site battery would have provided to the customer for demand charge reduction. Share prices in 2020 range from $475 to $520 per share, depending on the customers electric rate class.

SMUD bundles the investments from the program participants with its own capital, procures a utility-scale battery, and installs it at a location that increases overall grid benefits. The program provides guaranteed savings to the customer without impacting their business operations, imposing maintenance obligations, requiring prediction of load peaks, or taking physical space at their business. Because SMUD can install a single large battery in place of many small ones, the program also enjoys economies of scale.

The Energy StorageShares program is designed to mirror the economic benefits and value that an on-site battery system would provide to the customer. Estimating those benefits begins by analyzing the electric load to determine the battery size to meet the customer’s need. SMUD has developed a battery sizing tool to perform this calculation. The tool looks at the customer’s most recent 12 months of operating data and estimates the optimal battery size that would meet demand charge reduction needs. This estimate sets the upper limit on the number of shares the customer would be offered through the program. Using actual load data to calculate the optimal battery size ensures that the program is aligned with the benefits a behind-the-meter battery would be able to provide, while preventing customers from over-subscribing in the program to reduce their demand beyond what an on-site battery system could achieve.

Once enrolled in the program, participating customers receive a monthly on-bill credit. The value of the credit is not static over the 10-year term of the participation contract; instead, the value will change over time based on SMUD rate changes. That way, just as the value of a behind-the-meter battery increases when demand charge rates rise, the benefits that a share provides will also increase when demand charges increase.

Since launching this program, SMUD has begun work to procure a new, 4-megawatt (MW)/ 8 megawatt-hour (MWh) utility-scale battery—interconnected at the distribution level—that will provide the initial 4,000 shares for the Energy StorageShares program. This is SMUD’s first utility-scale battery that will help implement the utility’s long-term plans to meet the energy storage needs, which are forecasted to be approximately 246 MW by 2030.

The battery will be installed in an area forecasted to have increased load growth due to planned new residential subdivisions that will have rooftop solar, as well as the potential load increase due to planned indoor agricultural facilities. With the new battery, this area will no longer need a planned reconductor upgrade to handle the load growth. In addition, when the battery is not being used to support local infrastructure needs, SMUD may also rely on it to provide local grid services, participation in the Energy Imbalance Market, capacity/resource adequacy, energy arbitrage, ancillary services and PV smoothing.

The StorageShares program is being implemented based on the initial 4-MW battery, but additional sites are being evaluated. Current considerations include a potential locational need for 9 MW/18 MWh of battery storage in 2022 to defer the construction of a new substation and add an additional 9,000 StorageShares to the program.

The Energy StorageShares program is one of the tools developed by SMUD to maximize customer and utility investment into battery storage to ensure optimal benefits in its push for greenhouse gas (GHG) emission reductions. SMUD’s Integrated Resource Plan calls for net-zero GHG emissions by 2040; achieving net-zero GHG emissions requires significant investment in renewable generation, Distributed Energy Resources (DERs) and electrification of buildings and transportation. To ensure that SMUD can meet its 2040 goals, it is developing innovative ways to engage with DERs and enable different types of technology to support the electrical grid.

Balancing customer and utility benefits can be a challenge because the value of each party does not always align. Traditional demand charge reduction, for example, does not always result in reduced emissions. When a battery is managing the load peaks of an individual customer, which may not be coincident with regional load peaks, the actions of that battery may be counter to the needs of the local grid: load can be added when the grid is constrained, and load may be shed when there is no local need. Additionally, because many commercial batteries are not paired with renewable energy, efficiency losses of a battery system could result in a net increase in GHG emissions when a battery is used just for demand charge reduction. The SMUD Energy StorageShares programs avoids the misalignment between customer operation of a battery and the grid by virtualizing the customer savings and dispatching the battery based on grid needs, rather than the needs of individual customers.

Because individual customer benefits are separated from battery operating decisions, SMUD can ensure that the dispatch of the battery is providing the most valuable service at any given time. This can result in increased penetration of distributed generation by absorbing excess generation, limiting the amount of new grid infrastructure that needs to be built due to electrification, and reducing reliance on natural gas power plants. Individual behind-the-meter systems can also support these objectives if coordinated, but this is not generally the case in traditional demand charge management scenarios.

In addition to improving the operating effectiveness of the electrical grid, the StorageShares program can also enhance customer business models. For example, Electrify America, an electric vehicle charging company, recently joined the program by investing $1.3 million. In return, it will receive demand charge reduction credits for 12 electric vehicle (EV) charging sites in SMUD’s service territory. Through the Energy Storage-Shares program, Electrify America was able to invest in battery storage, benefit from demand charge reduction, and avoid the risk of stranded assets in the future when direct-current fast chargers (DCFC) become more common at EV charging stations. As EV adoption proliferates and the load factor at DC charging stations improves, the load will become less peaky and the benefits of behind-the-meter batteries will decline—but the value of StorageShares will remain high. Participation in StorageShares reduces the monthly operating cost of the DCFC stations through demand charge reduction savings, avoids the installation of energy storage systems at areas of the grid with limited need for batteries, and supports providing access to high speed charging for electric vehicles.

Battery energy storage is approaching cost effectiveness in SMUD’s service territory, but in most cases, economics alone do not justify installing a battery storage system. Based on planned rate changes and anticipated cost reductions in battery storage, SMUD estimates general cost effectiveness will occur around 2023 or shortly thereafter. While the economics are not enough for most customers to adopt batteries, there is a growing number of customers willing to be early adopters and accept longer payback periods when they consider battery energy storage. The StorageShares program is working with those early adopters to improve the economics of energy storage for both the customer and SMUD. When SMUD maximizes the utilization of the battery, it reduces risk of stranded assets through utility ownership, and it defers infrastructure costs, which benefits all customers. When retail benefits align with grid benefits, battery dispatch is based on the needs of the entire electrical system rather than an individual load and on improved economies of scale.

SMUD’s long-term goal for energy storage is for the technology to become a standard tool used by grid planners and operators in their day-to-day work. Successful integration with energy storage means that the technology is evaluated side-by-side with other options during the grid and resource planning processes. When a battery is the right choice to address a grid need, utilities should be confident in selecting that option to solve the problem. Grid infrastructure costs can range from thousands of dollars well into the millions. Batteries may not be the most effective solution to meet all grid needs, but by implementing innovative programs such as StorageShares to improve the economics of battery energy storage, the range of opportunities to use batteries to meet grid needs can be expanded.

Beyond ensuring effective deployment of battery energy storage and maximizing operational benefits, StorageShares also addresses many barriers that could prevent access to storage for some customers. Grid interconnected batteries remain a nascent technology. Business models for implementing battery storage are continuing to evolve as are discussions around safety, insurance, and liability. Though commercial businesses may be able to benefit from battery energy storage and have strong incentives for investing, many of these customers may not own the facilities where their businesses are located.

Installation of a behind-the-meter battery—although economically possible and beneficial for those customers—may not be feasible based on requirements or restrictions from the building owner. Installation of behind-the-meter batteries can impact lease agreements, insurance costs, and stranded asset risk if a customer invests in a battery and then needs to move to a different location. StorageShares enables SMUD’s commercial customers to access the benefits of batteries to without impacting their lease agreements or insurance considerations, and these benefits can “follow them” if the customer moves to a different facility within SMUD’s service territory.

The StorageShares program also has the potential to expand to provide a more comprehensive storage value stack in the future. For example, the current design does not provide back-up power benefits, but in the future, there may be an opportunity for a SMUD-owned battery to be located at customer locations. This could provide back-up power to local customers while also providing local grid services. Customer siting of the battery could increase battery revenue by providing back-up power as a service, enable installation of utility-controlled batteries in densely developed areas, and enable in-fill land use opportunities instead of impacting undisturbed land.