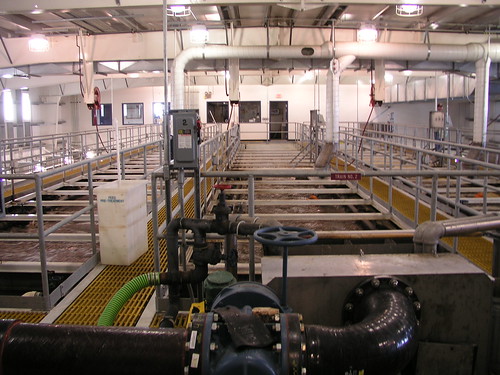 It’s debatable whether the concept of “clean green energy” includes something as dirty and brown as sewage, but there’s no doubt that energy from wastewater, regardless of its form, is a renewable resource. Several sewage-to-energy treatment facilities have already sprung up in the UK and U.S. and an experimental version handling the energy production in a new way has begun operation in southern California as of this year.

A plant in Oxfordshire, England treats sewage from fourteen million Thames Water customers and produces methane gas (chemically identical to natural gas) for home heating and cooking. The plant is expected to supply 200 homes. A study by the UK’s national gas grid has estimated that, if similar plants were in operation in all 9,600 waste treatment facilities across the nation, it could supply 15% of the UK’s demand for natural gas. Sludge-to-methane is the most usual way of producing energy from sewage, and the most mature technology for the purpose.

Methane is a greenhouse gas and produces CO2 on burning, but like biofuels, sewage-generated methane does not contribute any net greenhouse gases to the global warming problem. That’s because all of the natural gas or methane that it generates is part of the ongoing carbon cycle, exactly balancing the carbon that was taken from the atmosphere by growing the plants that fed the humans and livestock that ultimately produced the bodily waste from which the methane is produced.

The problem with fossil fuels is not that they generate greenhouse gases per se, but that the gases their burning releases come from plants that lived and died ages ago and have been sequestered underground for millions of years. There is no plant growth ongoing that can take carbon out of the atmosphere to balance what burning fossil fuels releases. Even though someone using sewage gas to cook or heat a home is burning what amounts to natural gas, the source of the gas means that the process is greenhouse-neutral.

Renewable Energy World published an article last year about a sludge-to-electricity project in Reno, Nevada that also employed methane generation. This was also successful, but using methane to generate electricity is a less efficient than burning the methane directly as natural gas.

Perhaps the most ambitious project to date is one in Southern California in which sewage generates electricity, heat, and hydrogen for use in fuel-cell cars. As in other biogas plants, the first step is to produce methane. The gas is then used in a fuel cell to produce electricity, and hydrogen emerges as a waste product. The hydrogen is transported to a fueling station that can resupply fuel-cell electric cars that run on hydrogen rather than methane, a cleaner process.

Sewage is not a sufficient source of energy to power all of our needs, obviously, but as we make the transition from fossil fuels to renewables like solar and wind, no potential source of renewable power should be ignored.