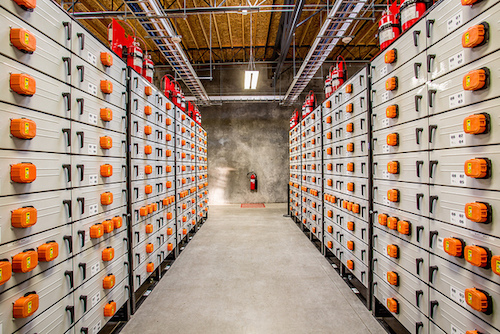 Senator Martin Heinrich (D-NM) introduced S. 3159 to make energy storage eligible for an investment tax credit (ITC) under section 48.  The bill introduced last month would make energy storage systems with a capacity of at least five kilowatt hours, regardless of whether it was supplied by a renewable resource, investment tax credit eligible.  For instance, a stand-alone storage project that drew power from the grid would be ITC eligible under this bill.

The bill would also allow individuals to own a storage system with a capacity of at least three kilowatt hours used at their homes and to claim a residential energy efficient property tax credit under section 25D.  Like the proposed ITC rules for storage, an individual could qualify for the credit even if the storage system was unrelated to a solar system.

Unfortunately, a path forward for the bill is less than clear.  An optimist could hope that it is combined with other compelling tax legislation, like bills to exclude Olympic medals from taxation and to save Newman’s Own Foundation from being subject to a 200 percent tax, and marked up by the Ways and Means Committee in September.  However, that would require support from Ways and Means Chairman Kevin Brady (R-TX), but the bill has yet to be introduced in the House, much less endorsed by Chairman Brady.

Another scenario would be for it to be included in an “extenders” package at year end in a lame duck session of Congress.  However, extenders bills usually merely change effective dates in existing legislation, rather than tackling new tax programs like this storage bill.

In 2013, Senator Wyden (D-OR) who is the ranking minority member of the Finance Committee introduced a bill that provided a 20 percent tax credit capped at $1.5 million per energy storage projects that would have expired in 2020.  However, that bill did not gain traction, but the public seems to be more focused on storage in 2016 than it was in 2013.  The mainstream media has discovered the importance of “grid resiliency,” and this bill would bring the American grid closer to that aspiration.

With respect to the tax credit for storage installed by individuals at their homes, the credit would follow the phase out in section 25D for solar currently:

For storage (or solar) placed in service by an individuals at their house after 2021, there would be no tax credit.  Unlike the ITC rules, the tax credits rules for individual taxpayers have neither a “start of construction” concept nor a 10 percent permanent credit.  Our article addressing the phase out rules for residential solar projects owned by individuals is available here.

This article was originally published by Mayer Brown and was republished with permission.