PV and ME Question: Whatever happened to off-grid PV? 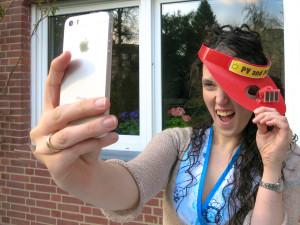 Have you ever had one of those off days when you were constantly off balance? Or had to suffer smilingly through a loved one singing off key? Or were left cringing as a friend told an off-color joke with a five-year-old in your arms?

Welcome to the world of “off,” where you’re off your game, way off base, caught off sides, always off message and nearly off your rocker. Simply put, you are off the grid.

And off-grid solar? It seems unfair that the choice — or necessity — to make solar electricity for yourself with no umbilical cord to the mother lode of the net should be expressed in the negative — “off.” Once not only was off-grid PV the epitome of solar, it was solar. Before AC PV knew it could feed the grid, DC solar was already nourishing the power hungry, at least with nibbles.

On-grid In, Off-grid Out?

Is the expression “off-grid” a conscious, semantic putdown? Of course not. But whether implied or inferred, it is a potentially off-putting term that lurks in a connotative, remote underworld just off the radar. For current fashion gurus, off-grid PV is out — and on-grid is in, as shining accessories, oozing wealth; BIPV beauties bedecking roofs; or fields of solar farms for harvesting the sun. As a profit maker, on-grid is on the money.

In comparison, off-grid gadgets are often thought of as wired weeds for misfits ranging from the disadvantaged poor in the third world to the whacko survivalists in the first. No longer sexy, off-grid PV has been pushed off the grid of the public eye. On-grid is breaking news. Off-grid is braking news.

So what illustrative phrase could shine a brighter non-pejorative light on off-grid? Some to consider:

And how to laden on-grid with some of its own “off” fulness? A few possibilities:

(Editor’s note: To make your own “on-”/“off-” grid suggestions, leave a comment below.)

But the reality is that off-grid, for better or worse, remains with the name it is known by. PV and ME’s question about whether the technology has been sidelined by on-grid and has lost its luster has not resonated with some respondents. One California-based solar market researcher says her industry reports cover 35 sub-applications, such as water treatment, that have “always been part of my analysis.” 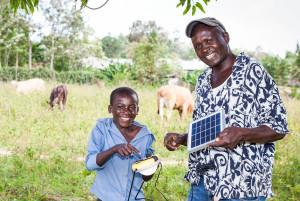 The light of his father. Credit: Corrie Wingate.

Indeed, some aspects of off-grid do make the news. On March 25, SunEdison, a California-headquartered renewable energy development company, which had announced an initiative in late-February 2015 to electrify 20 million people in under-served communities around the world by 2020, said it was moving toward storage solutions. The company said it would use more than 1,000 flow batteries from California-based Imergy Power Systems for its solar-powered mini-grid projects in rural India, using recycled vanadium from environmental waste stored in tanks and circulated during charge and discharge cycles for round-the-clock use. While Imergy had early said it was on track to reach $300/kWh by this year, that is still a hefty cost. “Yes, of course we want to make money for investors,” Imergy’s CEO Bill Watkins said in a March 25 Renewable Energy World report, ”but this is a big deal…this is a way to reach [unelectrified people] and have them be a part of the world — we can’t even fathom the impact.”

A renewable energy manager in the southeastern U.S. who asked that her name not be used likes the off-grid grids. “I think the big talk moving forward will be the micro-grid,” she says. “It’s the ‘new’ off-grid PV. Storage is finally making some headway, so that really helps. Pairing PV with storage, distributed renewables, micro-turbines and the like just makes more sense in urban and even village applications. Any time it’s cheaper than a line extension, I would think you would still take a look at off-grid.”

Watch Out for the Copy Cats

As suitable as mini-grids would be for areas where villages are far from the grid, they are not pervasive there yet. Most of the off-grid work today remains with solar home systems (SHS) for individuals. But one big problem is that the marketers of those products, which although small are very expensive for families with little income, are sometimes less than scrupulous, thus sometimes giving off-grid a black eye. 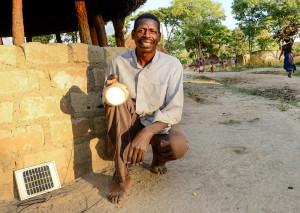 A light for the night. Credit: Patrick Bentley.

One of the reputable companies is the non-profit SolarAid with its main SHS system markets in Kenya and Tanzania, where it claims to have reached a penetration of more than 10 percent of the market. But chief fundraiser Richard Turner says the SolarAid staff has had to contend with fake and replica products, a problem for building trust with potential customers. “It’s just a consequence of the market growing, in part due to the success that we have created.” SolarAid has a goal of “eradicating the use of kerosene lamps by the end of the decade” in its markets, as it raises money via its SunnyMoney fund. 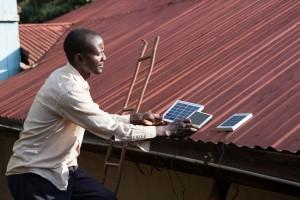 Up with solar. Credit: Corrie Wingate.

While acknowledging its usefulness in places where the grid is problematic or even non-existent, such as parts of India, freelance editor Chris Warren sees the appeal of off-grid solar for those who purposely disconnect from the grid to avoid exposure. “Some of the aficionados of off-grid solar in the past have been doomsday-cult types and gun-loving anti-government types. Often, those aren’t people who want to trumpet their use of solar.” And also for those, he says, who do not want to “raise alarms about the use of ‘high energy’” — meaning marijuana growers. In an ironic twist, Warren notes that off-grid PV is often used for remote oil fields, one of the fossil fuels solar energy would love to replace, where no alternatives exist.

“If I were considering going off grid today,” says retiree and homeowner Joseph Appell, “I would wait for the Tesla home system.” This is a reference to Elon Musk, CEO of the electric auto company Tesla Motors Inc., who in a February earnings conference said the company’s new Tesla home lithium-ion battery would start production later this year and will combine with solar panels to go off-grid. Billionaire Musk is also the co-founder of SolarCity, a maker of PV power systems.

Philippe Hartely, a distributed energy solutions marketer in the Los Angeles area, praises off-grid’s role in Africa and India, but adds South America, which he says has a “booming” off-grid market. For the markets in the West, however, he believes that the advent of lithium-ion battery storage will be the key, “especially for community solar and micro grids. It will make it easier to develop real estate where utilities don’t go. Another application for it that I see is in developing the electric vehicle charging infrastructure along highways.”

The “Haves” and the “Have Nots” of Solar

So even though on-grid gets the lion’s share of press, off-grid PV has not been forgotten for now — it may even be on the rebound. But one wonders if a resurgence would mainly benefit the well-to-do “haves” rather than the struggling “have nots.”

In any event, taking off the heavy yoke of “off” from off-grid PV’s name certainly wouldn’t hurt its future. And who knows? Perhaps someday, Selfie Solar will be the face of off-grid PV’s iconic fame.

Next PV and ME Question: “What’s so funny about solar?”

“’We don’t allow faster-than-light photons in here,’ said the bartender. A photon walks into a bar.”

Send in your solar PV jokes to be included in the next PV and ME article.
Deadline to submit jokes: April 16, 2015
Article publish date: April 20, 2015

Or submit your own question for a future PV and ME article: Your Question Suggestion

This blog was originally published on PV and ME and was republished with permission.