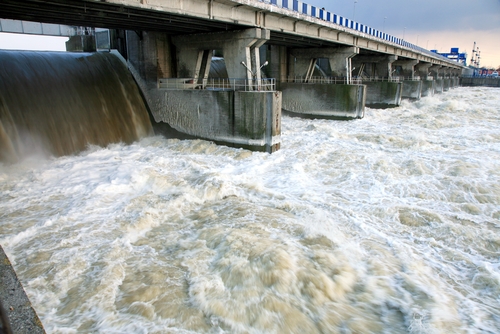 Johannesburg, South Africa — South Africa’s agreement to buy more than half the power from the first stage of a planned $80 billion hydropower project in the Democratic Republic of Congo may be the catalyst for expansion of the power industry throughout southern Africa, a government official said.

South Africa on March 8 completed an agreement to buy 2,500 megawatts of power from the first phase of the Inga power project, which is based on the Congo River, the world’s biggest by volume after the Amazon. The pact is expected to enable Congo to secure the initial $10 billion in financing required, Ompi Aphane, a deputy director-general in South Africa’s Department of Energy, said in an interview from Johannesburg.

In addition to the agreement with South Africa, mining companies operating in the southern Congolese province of Katanga are expected to buy 2,300 megawatts of power and a transmission network is expected to be built throughout southern Africa to supply a number of countries, including Angola and Namibia, with power and also enable them to trade their own electricity.

“The spinoffs for regional integration and economic growth are very great,” Aphane said on March 8. “Some energy projects that weren’t feasible before will now be so.”

South Africa is trying to increase its electricity supply to help growth in the continent’s largest economy, where power outages in 2008 temporarily shut most of its mines and smelters. The country was among suitors that included BHP Billiton Ltd., the world’s biggest mining company, that tried and failed to develop a new plant on the Congo River.

“One of the biggest realities we’re confronted with is that we cannot continue being reliant on cheap coal,” said Aphane, who helped negotiate the deal. “There are cheaper, cleaner options that need to be opened up.”

The off-take agreement, which may be ratified this year after going through South Africa’s parliament, will allow Congo to secure the funding required for the first stage, which may take as long as seven years to finish, Aphane said.

The plant will be built in seven phases and may ultimately produce 39,800 megawatts, which would make it the world’s biggest hydropower complex, Aphane said. It will be constructed 140 miles (225 kilometers) southwest of Congo’s capital, Kinshasa, near the site of two partially functioning plants.

Congo’s Minister of Hydraulic Resources and Electricity Bruno Kapanji declined to comment on the treaty before it’s made public, he said by mobile phone text message.