LONDON — In picking South Africa for last year’s meet-up, the COP-17 climate change talks prompted some inevitable grumbles. Why was the global climate change industry holding its jamboree in a country that, despite its commitment to renewables, pumps out so much CO2?

In fact, South Africa’s coal-heavy energy mix held out some powerful attractions for COP-17 delegates. Attendees could risk substantial lifestyle compromises by picking anywhere else in sub-Saharan Africa, where the IEA found that electricity consumption of 791 million people totalled 40 TWh in 2010  — the same as New York State’s 19.5 million inhabitants. Even in South Africa, about 30% of the population still relies on biomass and paraffin for their energy needs. Across the entire region, though, the IEA estimates that only 30.5% of the population has access to electricity  – with the excluded 585 million overwhelmingly based in rural areas.

Yet sub-Saharan Africa is also seen as a promising context for renewables. An analogy with the region’s adoption of mobile phones suggests sub-Saharan Africa could dispense with polluting, grid-connected power plants – just as it skipped landline telephones — and move straight into distributed generation from renewables.

Not all analysts are convinced. For Alistair Campbell, who heads Power Finance in Standard Bank Group’s Corporate and Investment Banking department, only ‘a relatively small percentage’ of sub-Saharan Africa’s power needs will be met by off-grid power. ‘Larger conventional plants would be a more sustainable solution for the short to medium term,’ he says.

Other commentators are sceptical about the ability of renewables to make headway in Africa, given their limited impact in jurisdictions that extend generous official support. For sub-Saharan Africa, a study by the Energy Sector Management Assistance Program (ESMAP) in 2007 found that renewables only undercut conventional generation for off-grid applications of less than 5 kW.

Yet arguments for off-grid renewables clearly gain force in sparsely populated regions where the alternatives are so costly in terms of cash, the environment and even time — with women walking 5-10 km a day with loads of up to 30 kg of firewood in some parts of Tanzania, according to UNIDO.

Extending grids to tackle these issues often looks wildly unfeasible. Construction costs can surge, in sparsely populated regions such as Mali, up to US$19,070/km, according to World Bank figures. Difficult terrain often presents a further obstacle to reaching remote populations — which, in any case, may lack the demand to justify the investment.

Camco, a global developer of clean energy projects, sees its recent contract to develop solar home systems in Tanzania as a sign of the sector’s imminent takeoff. ‘We are at a step-change in Africa in terms of the renewables sector,’ says president Yariv Cohen. ‘The main issues that were limiting development of renewable generation there have been greatly removed. It’s an easier environment to do business in. Demand is soaring. The ecosystem is growing. The government is favourable to it.’

Even without this transformation in funding and regulation, renewable energy can already undercut its traditional rivals such as diesel and kerosene, Cohen claims. ‘It doesn’t cost more: it costs less — if you look at the World Bank numbers or other numbers, they are outdated.

‘First of all, on-site it’s not the prices everybody is talking about. You can get much cheaper prices, and we know as we are buying them. The second thing is that you have to bring the solar panel or wind turbine onto site only once. But diesel you have to bring every two weeks, so the cost of supply suddenly doubles.’

In other financial aspects, though, renewables offer clear advantages over diesel or kerosene. ‘You put them in a spot. And it works. So the payback period is not seven years, as we have in Europe. We can talk about three — and even less, depending where.’

Risk of theft can be another factor in renewables’ favour. ‘Diesel is like a currency,’ says Cohen. ‘Diesel is cash. You find a diesel truck, it’s like a truck full of dollars.’

This account of plunging costs is echoed by Ceri Howes of SolarAid, a UK-registered charity active in installing solar on schools, community centres and clinics in rural east and southern Africa.

‘Yes, costs are coming down at an astonishing rate, partly due to the availability of lower-cost panels from China, and also due to an increased demand for such products. Additionally, the cost of LED bulbs has decreased significantly in the last 3-4 years, which has a knock-on effect for the microsolar lighting market.’

Renewable energy will play ‘a major role’ in meeting sub-Saharan Africa’s power shortfall, said Rohit Khanna, programme manager of ESMAP, which helps low- and middle-income countries develop sustainable energy. ‘Because off-grid and mini-grid renewables are cost-effective in remote areas, they could provide access to electricity for substantial numbers of people in Africa currently without power. In particular, stand-alone off-grid renewables which do not require transmission and distribution networks can power essential services such as lights, cell phones, vaccine refrigerators and low-lift water pumps in low-density rural areas.’

In one key respect, a simple comparison of costs between renewables and diesel is muddied by the poverty of the rural communities that off-grid power projects must target. Solar power may be cheaper than kerosene in the longer term, but initial investment costs rule it out for many in Africa, says Howes. ‘The main barrier is financial,’ she says. ‘People can buy kerosene as and when they need it in tiny amounts. A solar lamp is a very big upfront cost.’

The sub-Saharan region offers several promising sources of renewable energy. In addition to solar power, massive hydro potential is available in the Democratic Republic of Congo and Ethiopia, for example. Geothermal power could be harnessed by countries such as Eritrea, Ethiopia, Djibouti, Kenya, Uganda and Zambia. Wind is abundant across West Africa.

In terms of off-grid applications, Dr Subhes Bhattacharyya of the University of Dundee in the UK picks solar power, micro-hydro and biomass as the most promising technologies for the region. Hybrid off-grid technologies tend to bring the best results in terms of economic integration in rural areas, he adds.

For developers, renewable technologies impose distinct models. Biomass, for instance, clearly presents more challenges than solar or wind in gathering a feedstock — although Camco sees the need for co-operation as an opportunity to involve communities in projects.

But technologies are likely to flourish according to their appeal to officials as much as their economic attractions, suspects Dr Bhattacharyya. ‘The entire region has very high potential in terms of renewable energies, but the areas where off-grid may flourish are those where the institutional arrangements are in place,’ he says.

Sub-Saharan Africa extends an uneven welcome for renewables investment. Kenya has an outstanding and long-established reputation for independent power projects. With the World Bank’s assistance, Tanzania is now increasingly open to power initiatives. But the entire region could still be categorised as challenging, even if few jurisdictions now qualify as absolutely impossible. 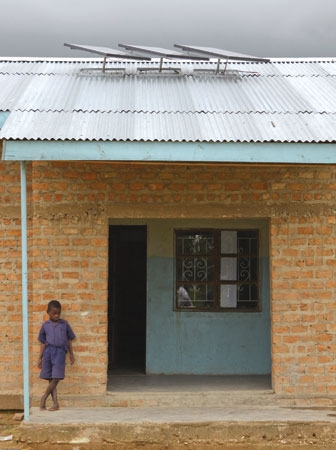 Arguments for off-grid renewables clearly gain force in sparsely populated regions where the alternatives are so costly (Source: Solar Aid)

Due to their relatively small scale, off-grid projects can fail to draw the attention of banks, which are active alongside governments and NGOs in other renewables initiatives in the region. Donor agencies’ steady efforts to plug this gap earn a poor grade from Dr Bhattacharyya. ‘Except a handful of successful cases, the outcome of donor agencies’ pilot projects and experimental programmes has not been greatly positive and has not been sustained. This suggests that perhaps donor-supported programmes per se cannot solve the problem. Also, most of the programmes are focusing on inappropriate technologies which are either inadequate or less acceptable to the local population and the supply chain is not well established, making the replication and sustainability of the experiments difficult.’

An increase in private sector involvement is widely seen as essential to unlocking Africa’s potential in off-grid renewables. Bhattacharyya sees a place for both governments and NGOs, but unhesitatingly hands the lead role to commercial organisations.

Even SolarAid, despite its charity status, shares this enthusiasm for a private sector approach. ‘Although we are registered as a charity, SolarAid has always functioned using a business-based approach,’ said Howes. ‘We see our role largely in terms of catalysing the solar market in Africa. We believe that the development of infrastructure will occur naturally as the market grows, and will largely be fuelled by the private sector.’

In its recent global forecast the IMF predicts that sub-Saharan Africa’s economy will experience growth of 5.2% in 2011 and 5.8 percent in 2012. Economic expansion in the least developed nations will also outpace that in South Africa, with its established large-scale power infrastructure.

Bloomberg New Energy Finance figures reveal a 384 percent rise in investment in African renewables over 2010 — up to US$3.6 billion from $0.7 billion in 2009. But the ‘change of pace’ is clearest to all those operating in the market, Cohen claims.

The key components are now in place to unleash a torrent of off-grid renewables projects, he says. ‘We’ve been operating for 20 years but in the last year we’ve seen a change in capital and receptiveness.’ Key factors for power projects such as expertise, suppliers, official backing and capital inflows all show an accelerating improvement, he maintains.

The commercial opportunity from projects such as Camco’s recently announced $1 million solar PV cluster in Tanzania is also impressive, he adds. ‘At the moment there are 1000 installations in this particular project. The next round, expansion of the project is going to take it to 15,000. This kind of 15-fold increase in market size you can only achieve in Africa or Southeast Asia. If you have something small and it works it can grow in an explosive manner.’

ESMAP shares this perception of developing prospects. ‘There is increasing recognition of renewable energy technology’s substantial role in expanding access to electricity in Sub-Saharan Africa,’ said Rohit Khanna. ‘Kenya, Mali and Ethiopia have recently developed proposals and obtained funding through SREP (Scaling up Renewable Energy in Low Income Countries, under the Climate Investment Funds) to scale up renewable generation.’

Yet a note of caution enters any forecast for any region that so consistently outwits the sharpest analysts. Bhattacharyya tallies up several points for optimism but, while sharing Cohen’s enthusiasm, expresses doubt about the scale of development.

‘The market-driven approach’ has started to ‘flourish’ in areas such as Kenya, he says. He also sees grounds for optimism in how global attention on the lack of access to clean energies by agencies such as the UN, IEA and World Bank has also raised local recognition and awareness of the issue.

In ‘an optimistic case’ he forecasts that sub-Saharan Africa could add a few gigawatts through off-grid technologies, bringing electricity to millions of its people.

‘There is surely huge potential for off-grid options but it is difficult to tell how much is really likely to materialise,’ he says.