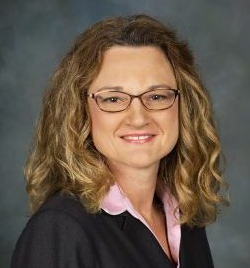 On Tuesday during the Power Generation Week keynote session, Southern Company’s Roxann Laird was named the 2016 Power-Gen Woman of the Year. The other two finalists for the award were Sheri Blauweikel of Black and Vetch and Caroline Winn of San Diego Gas and Electric.

Having women in leadership roles is important for a company’s bottom line. Indeed, studies have shown that utilities with women in senior management are more profitable. PennWell honors women leaders in the energy industry not only to draw attention to the women who have risen to the top in the energy field but also to inspire more women to enter the energy industry.

Roxann Laird is an engineer who’s current responsibilities include executive leadership of the National Carbon Capture Center where she manages more than 200 employees with an annual budget in excess of $40 million. This world-class neutral test facility, managed and operated by Southern Company for the U.S. Department of Energy, plays a pivotal role in acceleration of advanced carbon capture technologies.

Laird said her first job in the energy industry was with Exxon in Midland, Texas where she quickly realized that “there were not that many women in the oil and gas industry.” She credits the one other woman in her department as helping her transition to that work environment build her confidence. Laird said that creating a successful transition “is crucial in ensuring retention of women in the power industry and creating that pipeline for future leaders.”