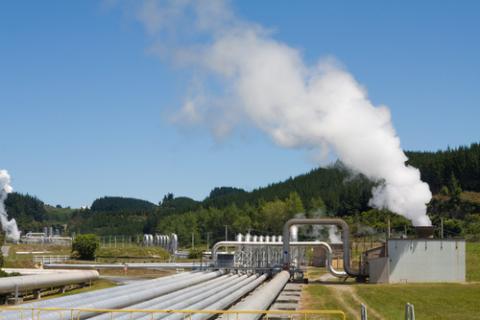 NEW YORK CITY — Reykjavik Geothermal, the Icelandic company that’s helped build power plants in more than 30 countries, agreed to develop as much as 1,000 megawatts of projects in Ethiopia over the next 10 years.

The company expects to spend a total of $4 billion and will begin drilling test wells early next year, Chairman Michael Philipp said in an interview today in New York. About 10 megawatts will be in operation by 2015, with a total of 500 megawatts by 2018. A second phase may include as much as 500 additional megawatts of capacity. Ethiopian Electric Power Corp. has agreed to buy all the electricity under a 25-year contract.

“This is the kind of commitment you need to get the financial backing to finalize the development phase,” Philipp said. About one-fourth to one-third of the project will be financed with equity.

The Great Rift Valley in East Africa, which spans eight countries, may have as much as 20 gigawatts of potential geothermal energy, according to data compiled by Bloomberg. The agreement between Reykjavik Geothermal and Ethiopia may be the first of many on the continent, said Mark Taylor, a Bloomberg New Energy Finance analyst.

“This could be the thing that cracks open the market — for this company and for others to develop more projects there,” Taylor said. “It could widen the base for geothermal development in the region.”