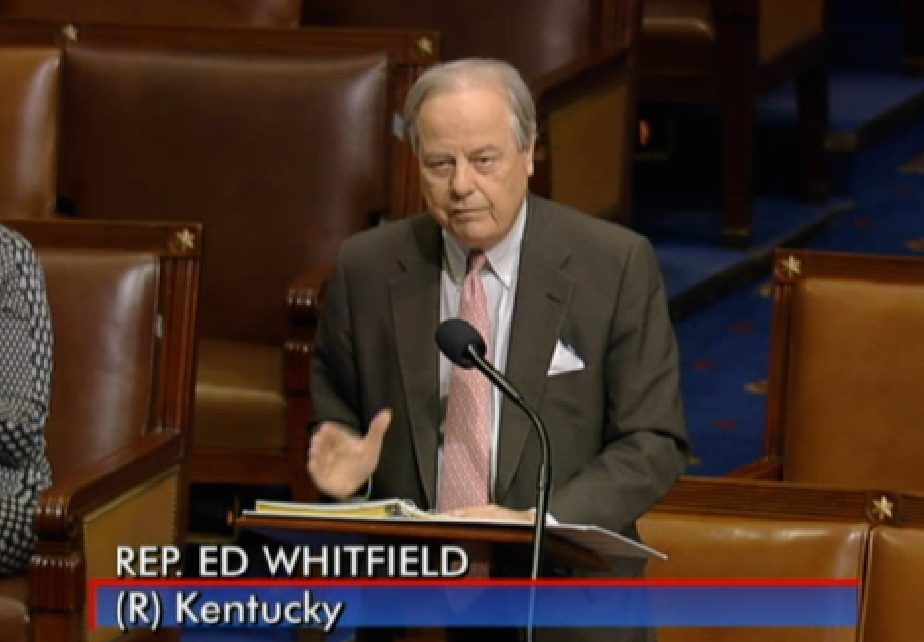 President Barack Obama hadn’t even made it home from climate talks in Paris when Republicans in Congress voted to kill the regulations backing his carbon-cutting pledge.

Obama’s foes want to undercut any climate accord from the United Nations summit in Paris, along with his credibility on the issue. But just as with the Republicans’ failed attempts to kill Obamacare, the efforts are likely to run aground over constitutional and legal constraints.

Even a Republican successor in the White House would have a hard time overturning whatever commitments are made in coming days or the U.S. power plant rules that underlie Obama’s pledge and were targeted by Tuesday’s resolutions, now facing an almost-certain veto.

“The Republicans might get some political talking points by saying this, but realistically, there’s no way they are going to repeal these rules if the courts uphold them,” said Brian Potts, a Foley & Lardner LLP attorney specializing in Clean Air Act cases.

The White House has pushed an approach in Paris that ensures any final deal won’t hinge on a ratification vote in the Senate. Unlike other international accords, it would not be subject to the chamber’s “advice and consent.” Individual countries’ carbon-cutting commitments are not expected to be legally binding, and in the U.S., Obama is relying mostly on executive branch regulations to fulfill a promise to pare emissions at least 26 percent below 2005 levels over the next decade.

But Obama still needs Congress to go along with his promise to deliver $3 billion into a United Nations fund to help developing countries adapt to rising seas and other impacts of climate change. And scores of lawmakers have told the president they won’t pay the bill.

“Congress ultimately holds the power of the purse,” according to a letter to Obama last month from 37 U.S. senators, including Republicans John Barrasso of Wyoming and Jim Inhofe of Oklahoma. “Congress will not allow U.S. taxpayer dollars to go to the Green Climate Fund until the forthcoming international climate agreement is submitted to the Senate for its constitutional advice and consent.”

Joined by Senators Joe Manchin, a Democrat from coal-rich West Virginia and Roy Blunt, a Republican from Missouri, Inhofe is also pushing a resolution insisting that any climate agreement shall have no force in the U.S. — and no money spent to support it — unless the pact has been submitted to the Senate for a vote.

The Obama administration has asked Congress to deliver the first $500 million of the climate aid already. Appropriators are negotiating an omnibus spending bill for fiscal 2016 that may reject the request.

The climate finance pushback is the most powerful weapon Congress has to undercut a deal, said Steven Groves, a specialist on treaties who is a fellow at the Heritage Foundation, a Washington research group that favors small government.

“The deal here in Paris completely hinges on whether developing countries get the assurances that the money will be coming,” Groves said.

Obama struck a confident tone before leaving France on Tuesday, saying the U.S. will deliver the funding over time.

“This is not just one slug of funding that happens in one year,” he said at a news conference. “This is multiyear commitments that, in many cases, are already embedded in a whole range of programs that we have around the world. And my expectation is that we will absolutely be able to meet our commitments.”

Obama’s opponents are trying to stoke skepticism in France, where representatives from 196 countries are attending a conference outside the capital scheduled to run through Dec. 11. Republican congressional staff are joining conservatives there in a bid to convince international negotiators that U.S. financial commitments are on shaky ground back home.

Promises Obama makes in Paris “would rest on a house of cards of his own making,” Senate Majority Leader Mitch McConnell, a Republican from Kentucky, wrote in an opinion piece in the Washington Post Nov. 27. Even if Obama’s signature environmental regulation — the Clean Power Plan — survives court challenges from 27 states and a phalanx of other groups, “the next president could tear it up,” McConnell wrote.

The threat, echoed by Inhofe in a white paper issued Tuesday and by Republicans on the campaign trail, isn’t realistic, regulatory specialists say.

“There is an effort by Congress to throw water on what President Obama is doing, but at the 30,000-foot level, none of what Congress can do or is doing is going to derail anything going on over there,” said Rob Barnett, a senior energy policy analyst with Bloomberg Intelligence. “It’s harder to roll back regulations than some people would like to imagine.”

Absent a court ruling against the EPA rules, he said, “you really have to go in and modify the Clean Air Act, and I think there is very little appetite for doing that.”

States also may be well on their way to complying with the Clean Power Plan by the time court challenges to the regulation are resolved. Lawyers following the matter expect the regulation’s fate ultimately will rest with the Supreme Court.

In rolling out the carbon dioxide emission limits for new power plants and the Clean Power Plan for existing facilities, the EPA cast the measures as essential to safeguard public health and the environment.

Even a future administration is somewhat bound by that justification, said Potts, the lawyer specializing in the Clean Air Act.

“If EPA comes out with a big rule and says this is necessary to protect public health and air quality,” he said, “it’s really hard for the next administration to do a 180” without running afoul of a law blocking agencies from “arbitrary and capricious” actions.

Most of the Republicans seeking to replace Obama in next year’s election are vowing to reverse an environmental agenda they say would harm the U.S. economy. New York real estate mogul Donald Trump and Senator Ted Cruz of Texas question whether there’s even a problem.

“There is no way any reasonable person can conclude that the most immediate threat we face to our security is what the climate is going to look like in 25 or 30 years,” Florida Senator Marco Rubio said at a town hall in New Hampshire.

Jeb Bush, who touts his record of land conservation and watershed restoration as a former Florida governor, says the climate is changing and humans may be contributing to it. But he’s also wary of EPA regulations that may slow economic growth and has vowed to stop Obama’s carbon dioxide emissions rules.

Bush told reporters in Waterloo, Iowa on Monday that he was “uncertain” he would have even attended the summit in Paris.

The opening for the next president comes if courts rule against the EPA power rules, which would put Obama’s successor in control of determining the response.

“If it does get remanded back to the EPA — which I’d say is at least a coin flip odds — the president gets the way in,” Barnett, with Bloomberg Intelligence, said. “If it’s a Democrat, they probably re-propose something very similar. If it’s a Republican, I don’t think they can walk away from the issue. They can’t just say ’we won’t do anything,’ but they’ll drag their feet and do something maybe more friendly to industry.”