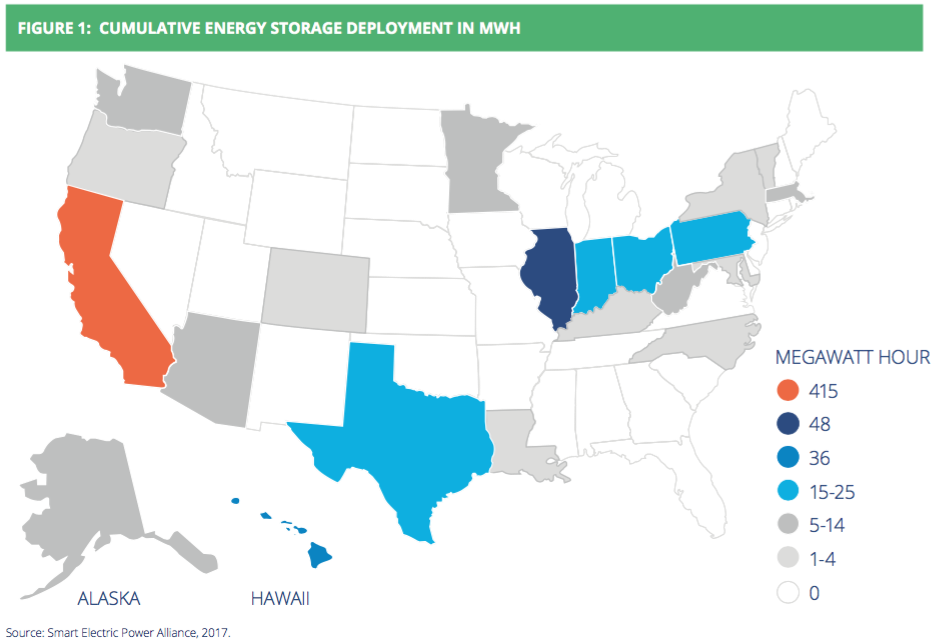 A new report by the Smart Electric Power Alliance indicated 31 utilities, or 43 percent of the utilities surveyed for the study, added energy storage to the grid in the last year.

As expected, California had the most energy storage established in 2016 at 120.5 MW, much of which was rapidly deployed in response to the Aliso Canyon natural gas storage leak. Indiana was the second at 22 MW, with Ohio at 16.1 MW.

Of the total added, 151 MW was used for utility supply. Non-residential accounted for 54 MW, with residential at 4.5 MW.

Energy storage is set to grow further, as the cost of battery-based storage has dropped more than 60 percent since 2012. Additionally, the Federal Energy Regulatory Commission has issued a notice of proposed rulemaking that would remove barriers to energy storage participation in wholesale markets.