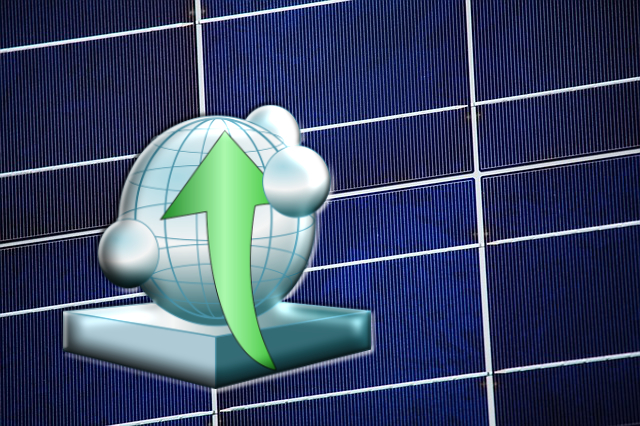 The share of renewables in the Middle East energy mix is forecast to triple over the next 17 years — but natural gas will remain the dominant power source in the region.

That’s one of the key findings of a new report published this week by Siemens.

Solar power is expected to account for additions of around 61 GW by 2035, and the report highlights significant potential for wind power generation in Saudi Arabia and Egypt, but notes that this potential is not entirely reflected in the moderate capacity additions expected.

And Siemens stresses that this means the need for reliable energy storage solutions plus a stable and efficient grid is crucial.

Speaking to journalists yesterday during Abu Dhabi Sustainability Week, Dietmar Siersdorfer, chief executive of Siemens Middle East and UAE, said the need to make grids ‘smarter’ was “the most underestimated thing” in the global energy industry.

He said the use of battery storage was sure to figure highly, but also made a case for hydrogen storage as a “holistic” solution. He said that “you can build an eco-system for hydrogen” because of its ability to also act as a fuel for vehicles and also be utilized for other industries such as petrochemicals.

However, despite the rise of renewables in the Middle East, the report forecasts that natural gas is expected remain the number one power source in the region, representing 60 percent of installed capacity through to 2035. It states that with economic diversification and population growth accelerating, the growth in power demand in the region — which is approximately 3.3 percent per year — will be realized predominantly through increasingly efficient natural gas-fired power plants.

Capacity additions will primarily be highly efficient combined cycle plants, which are expected to dominate the power landscape by 2030.

“A reliable, efficient, flexible and affordable power supply is the backbone of economic and social development in the Middle East,” said Siersdorfer. “While the energy mix will see significant diversification over the next 20 years, natural gas will remain the prime energy source for power generation in 2035.”

Alongside storage, another key enabler identified by the report is digitalization. Siersdorfer highlighted that a gas turbine can produce 30 gigabytes of data per day, and the report points out that using digitalization tools to harness this data and use it intelligently will be an important factor in increasing the efficiency and flexibility of energy supply, while decreasing production costs.

“It’s about putting smart technology on top of the grid,” said Siersdorfer, who also warned that the increased use of data and analytics with Cloud technology meant that the need for strong cybersecurity systems was vital.

“Digitalization is an essential part of the future energy landscape, and turning big data into smart data will enable us to be more reliable, energy efficient and cost effective,” he said. “However, we must remember that with greater interconnectivity, use of data analytics and cloud technologies comes greater exposure to cybersecurity threats so organizations need to be well-prepared.”

He also explained that Siemens was “on the verge of implementing blockchain technology with its customers.”

He said: “We believe that blockchain is a game-changer for the future, and we will use it wherever it adds value.”

The Energy Outlook 2018 report also highlights a growing mix between centralized and distributed power systems, with evolving demands reshaping the energy landscape to include smaller, decentralized power plants, which service a specific function to the grid.