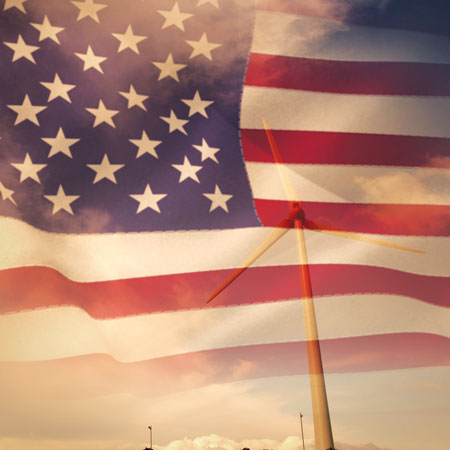 The historic carbon-cutting plan could be just enough to spur states to build more wind and solar capacity — but they have to act fast.

In early August, the United States Environmental Protection Agency (EPA) released the final rules for its much-anticipated Clean Power Plan (CPP), an overarching method designed to cut emissions from power plants across the country. The final rules were the result of hundreds of meetings and millions of stakeholder comments.

According to EPA administrator Gina McCarthy, the rules are meant to capture the momentum that already existed in the electricity industry. “We are not going against the grain of how the energy world is transitioning,” she said in a publicly-broadcast interview during a luncheon at the Resources for the Future. “In order to establish energy policy, we wanted to look at where the energy world was heading and follow that.”

The plan sets uniform emission rates from power plants that are alike across the country. Every coal and natural gas plant in the United States has the same standard goal, but each state has its own target that it must meet by reducing carbon emissions.

These targets were set based on the number and type of generating facilities that already exist in each state. States can achieve their target emission rates however they wish. In addition, they can either meet their targets alone or by linking up with other states and setting up a market for trading emission reduction credits (ERCs) or allowances.

The plan calls on states to comply by using either a rate-based system or a mass-based system. If they choose the rate-based option, then every megawatt-hour (MWh) of energy generated must average out to whatever the state target is for emissions — think of it like as being like a miles-per-hour requirement.

If the goal is mass-based, then the sum of emissions generated in the state must be at or below the state’s mass goal or allowance. State goals are listed in the PDF at this link. 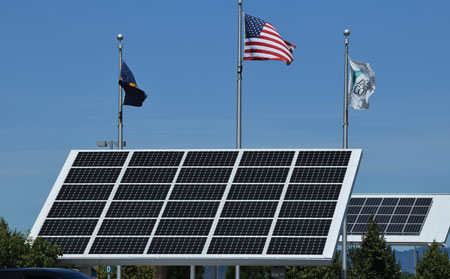 For the renewable-energy industry, one of the most compelling aspects of the Clean Power Plan is the Clean Energy Incentive Program (CEIP), which rewards states specifically for wind and solar power projects as well as for energy-efficiency improvements for low-income households.

Essentially, once states have filed their plans with the EPA, which can take place as soon as September 2016 (unless they file for an extension until 2018), they can begin constructing new wind and solar generation.

As long as those new renewable-energy power plants are generating in 2020 and 2021, those states will receive one additional emission reduction credit (ERC) for every zero-emission MWh created. Efficiency upgrades in low-income neighborhoods will be worth two additional ERCs.

McCarthy said the reason for the CEIP was twofold. First, the EPA wanted to give states more time to meet the goals. Originally, states had to start complying by 2020, but the new compliance date is 2022. But at the same time, EPA didn’t want to stop the momentum of renewable energy in the market. 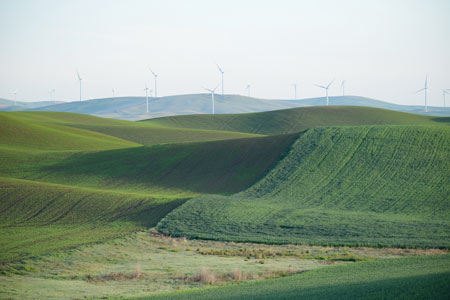 “We wanted to make sure that there wasn’t a hiatus,” McCarthy said, adding that EPA received a lot of comments from people in the renewable-energy industry that “people were sitting still now, waiting for the final rule to get done.

J. Drake Hamilton, science policy director at Fresh Energy in Minnesota, said she is very happy that the rule has been finalized. She has been part of energy stakeholder meetings that the state has held for the past two years. These meetings include all the Minnesota utilities, members of the Minnesota Public Utilities Commission and the Midcontinent Independent System Operator, the Minnesota Chamber of Commerce, legislators, companies, and public interest advocates like Fresh Energy. She said in a recent meeting there were more than 144 people in attendance.

For Minnesota, Hamilton said the CEIP could allow utilities, if they wished, to develop and implement renewable energy sooner. “We are very intrigued because…we think that low-income energy efficiency is very important. Having those two pieces is going to be a very important part of our discussions.”

Minnesota already has utility-scale and community solar projects under development, as well as large wind farms Hamilton said. “And an added incentive to give an extra carbon credit for going sooner is going to be something that we very carefully consider.” 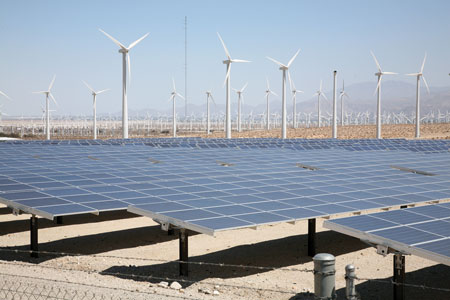 Putting Solar and Wind Experts at the Ready

Tanuj Deora is the executive VP and chief strategy officer at Solar Electric Power Association (SEPA), an organization that works with utilities and other stakeholders to help them do many activities that advance the industry — from implementing community solar programs to figuring out rate reform.

SEPA works on stakeholder engagement, according to Deora. “A lot of folks are interested in what the Clean Power Plan can do. With our expertise in renewables, specifically in solar and increasingly in other distributed energy resources like energy storage and demand response, we can help facilitate conversations [and] make sure folks are using the same language and people aren’t miscommunicating or misunderstanding each other.”

SEPA is there to answer questions about all types of solar power, Deora said. “Our primary mission is to provide another tool in the toolbox for utilities when they think about how they want to take advantage of the CPP. And those tools are utility-scale solar, distributed solar, and some distributed energy resources.”

Another excellent resource for utilities, according to Deora, is SEPA’s 51st-state initiative. Over the last year, interested parties submitted plans to SEPA for how they would design an electric power system for a hypothetical 51st state.

In other words, if you could start from scratch, how would you design a new electric power system?

There are 13 final submissions, which can be found on SEPA’s website. Each one describes a vision for a utility business model. Deora described the documents as “dense reading.” He said that to make the plans easier to digest, SEPA summarized them in a paper available on the SEPA website.

Distributed generation is already pushing utilities to rethink how they buy and sell energy. The EPA’s new rule will further that discussion. “The CPP is an important driver on why and how the utility would need to adapt its business model,” Deora said.

Michael Goggin, the senior director of research for the America Wind Energy Association (AWEA), said he sees the CPP as a major driver for wind energy. “We think wind energy will be the lowest-cost compliance solution in many regions.” He said wind is an easy solution for compliance.

“So particularly if a state already has an RPS [renewable portfolio standard], they can ratchet up the target and that will count as a compliance mechanism. If they don’t have an RPS, they could do a new RPS,” he said. Further, he said regulated-utility states “can go through the integrated resource process and include procurement of renewables through the public utilities commission and that would count.”

In May, AWEA, in collaboration with Solar Energy Industries Association, released a handbook for regulators that explains exactly what states need to be doing to comply with the CPP, said Goggin. “It walks through what the states need to do to use renewables to comply,” he said, “and it shows how they are cheap and easy.”

Both Goggin and Deora stressed that a key ingredient in the CPP is flexibility. There will be no one-size-fits-all solution for compliance. Each state will have to find a generation mix that works within its borders and economy.

The crucial point is that wind and solar resources, because they are zero-emission, will allow states to be even more flexible with what types of traditional generation they keep in their energy mix.

“There is a lot more flexibility in a system with zero-emission resources like wind energy combined with the optimal compliance mix using everything in your portfolio,” Goggin said.

Going Above and Beyond

McCarthy and others hope that states will view the CPP as a minimum instead of a limit. “I have every expectation that we will go way ahead of what this actually calls for,” she said.

“If do this correctly and we set this up in a way that allows states to enter into markets to have utilities operate the same way they always have, which is regionally and nationally, then I think you’ll see this happen seamlessly,” McCarthy said.

Hamilton agreed. “What I have heard around the table is that we don’t have to be limited to what the CPP says. We can go farther and faster if that means that Minn. will benefit in other ways.”

McCarthy also said that the CPP could boost domestic manufacturing. “You know, one of the biggest criticisms of a lot of the movement in solar has been that there is too much of the equipment being manufactured in China. Well, do it here!