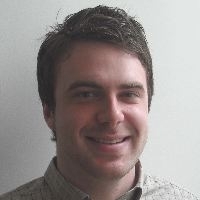 Although it has been said that when it comes to the U.S. military “successes are private while failures are public,” a recent success involving the Defense Department (DoD) and the renewable energy industry must come to light.

In December of last year, the secretary of the Air Force, Michael B. Donley, signed the Air Force Energy Program Guidance Memorandum, which is the first time that the U.S. military’s created a comprehensive energy strategy that focuses on increasing the use of renewable energy.

“The Air Force is identifying alternative sources of energy to reduce the impact of energy use on the environment, developing long-term objectives to achieve zero waste, and is pledging support to achieve DoD and Air Force environmental goals,” the memorandum stated.

It should be no surprise that the Air Force, or the U.S. military more generally, is concerned with energy consumption, especially considering the two most recent wars that have cost the U.S. hundreds of billions of dollars. With the supply needs of the American military today, like the $6.5 billion the Air Force spends on total energy costs (2006), securing energy supplies remains critical to its operational capacity.

What is surprising is how the Air Force Energy Memorandum has made renewable energy a main pillar of DoD energy supply policy.

From the Memorandum: The Air Force plans to increase facility renewable energy use at annual targets of 5 percent by 2010, 7.5 percent by 2013, and 25 percent by 2025 — while 50 percent of the increase must come from new renewable sources. As well as implementing the strict use of environmentally friendly energy, the Air Force is evaluating and developing protocols that will allow it to identify, quantify and manage its own greenhouse gas emissions.

“The U.S. military is probably better at mobilizing action and committing funds to R&D than any organization in the world,” said Dr. Richard Andres, a Senior Fellow at the National Defense University (NDU) and head of the new Energy and Environmental Security Research Group. “The Defense Department only recently started seriously talking about renewable energy and you can already see some of the world’s most impressive projects starting to generate power on U.S. bases.”

A Department of Energy panel of experts in the field of energy technology recently discussed their findings from “Breakthrough Energy Technologies: The Enabling Role of Basic Science” at the Center for Strategic and International Studies, a think tank in Washington, DC.

At the conference, Dr. John Hemminger, a scientist from UC Irvine, concluded that “many options hold great promise — solar PV, efficiency, battery and storage technologies — but their realization will rely on further advances in our understanding of basic science.”

Herein lies the opportunity for the Air Force Energy Program to have multiplier effects as it spins off new technology and disseminates expertise and investment around the country. If the U.S. was able to secure the next great renewable energy breakthrough, before, say China, then not only would the U.S. become better equipped as an energy exporter, and perhaps give rise to a new energy trade and balance of power, but in doing so might also solve the global environmental problem of climate change.

In this contest the renewable energy industry can use all the help it can get. The investment incentives structure is simply not yet there, and Congress’ stimulus package alone cannot support the future U.S. energy infrastructure.

The American Recovery and Reinvestment Act contains $20 billion in tax incentives for renewable energy, as well as an extension of the Production Tax Credit for wind, hydropower and other clean energy sources. However, these incentives cannot force investors to expand the supply of clean energy without first evaluating the credit situation, as well as the market demand for technologies like PV and solar thermal.

With the Air Force Energy Memorandum, a gap has been bridged that will bring about one of the most effective policy mechanisms in the world. It will force the U.S. military into the development of renewable energy without having to wait around for someone else to write the check.

For NDU Scholar Richard Andres, the military’s mission is evolving and will continue to grow in scope. “The Air Force’s official energy slogan is “make energy a consideration in all we do,” he said. Its goal is to have all Air Force personnel trained in energy awareness by 2010, as part of a required energy curriculum in the Academy and the Air University. “Under the leadership of true visionaries like Michael A. Aimone [Air Force Assistant Deputy Chief of Staff], the military has begun considering energy and the environment in its long list of operations. This means renewable energy, alternatives to oil and gas as well as any number of improved efficiencies.”

Most organizations absorb new directives in only one way: slowly. Contained within the Air Force’s Energy Program is an overall Energy Management Structure that disseminates objectives across the chain of command, which forces expediency and as Dr. Andres put it: “makes the U.S. military unlike most other organizations in the world.” But changing the culture of the military by making energy a consideration in all planning will be more difficult. These are pains that have stricken the environmental groups forever, and the military’s effectiveness at changing its energy culture is yet to be seen.

But the military cannot quietly act alone. Changing a culture requires the most public of all displays. The renewable energy industry has been successful at making energy and the environment an issue for discussion, while lacking the funds and manpower to breakthrough the U.S. culture of consumption. The U.S. military is very much the opposite. With the manpower and money to build a hospital in days or roads in hours, the Defense Department can to set a public example about changing its own culture of consumption, while promoting the same through research and development.

These two sides must work together to help combat energy dependence and climate change. The Air Force Memorandum is only the first step toward a new energy alliance that will raise eyebrows and with appropriate cooperation change the future culture of American energy consumption.

Alex Kizer is a Columbus, Ohio native who is finishing his master’s degree at American University’s School of International Service, focusing on International Energy Security. He also works as a research fellow at the National Defense University’s Energy & Environmental Security Research Group.