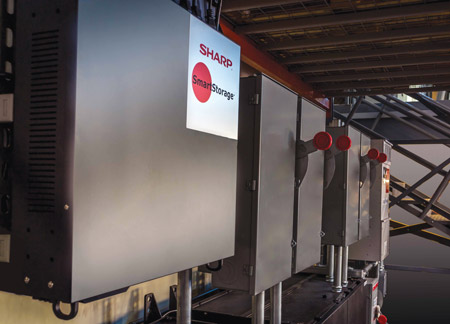 Still in their infancy, battery-based intelligent storage systems haven’t built up the performance track record most banks and investors like to see when committing capital to a new technology, project or company. However, a recently released National Renewable Energy Laboratory (NREL) report by Jeremy Neubauer and Mike Simpson investigates the economic returns of grid-connected Li-ion battery-based energy storage systems with and without on-site solar power generation.

The ability to reduce utility peak-period demand charges in states where time-varying rate (TVR) structures have been enacted – so-called “peak shaving” – is proving to be a boon to pioneering “smart” energy storage solution providers, as well as grid operators looking to reduce strains on power grids. A small, but growing group of advanced energy storage system vendors – from young, small startups to large, well established power and electronics companies – are targeting commercial and industrial companies, school districts, municipalities and other large utility customers as they look to expand and further develop their systems and businesses.

Peak power demand has been rising faster than demand for electricity at other times of the day. That rise has led utilities to steadily raise peak-power demand charges, the charge they add onto a utility bill that is based on the highest “peak” electricity demand that the entity has had over a given time frame. In some cases, utility demand charges have risen to the point where they can account for as much as 50 percent of a large electricity user’s monthly bill.

However, recently developed advanced energy storage solutions that are installed “behind the meter” on customer sites, employ real-time predictive analytics and battery packs to intelligently store and discharge energy in order to shave peak-power demand and optimize financial returns to the end-user. 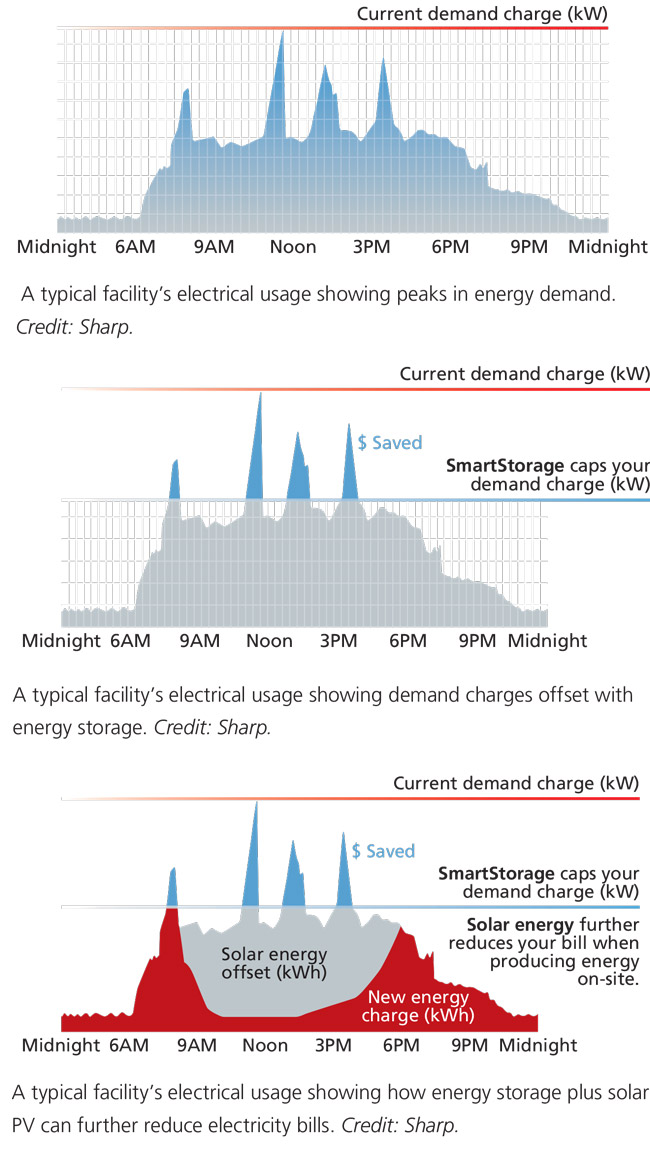 How much of a return can organizations expect? That answer is complicated by numerous variables, including end-user load profiles, utility rate structures, the type, power-energy ratio and capacity of the battery-based energy storage solutions, and whether or not on-site solar power generation is included in the mix.

In its latest report, “Deployment of Behind-The-Meter Energy Storage for Demand Charge Reduction,” NREL’s Neubauer and Simpson use historical solar irradiance, end-user demand profiles and TVR pricing from Southern California Edison’s (SCE) TOU-GS-2 option B rate structure from around April 2013 to take a stab at quantifying expected returns. The researchers said they selected this structure for two reasons: “(1) its format is similar to many other demand-charge rate structures via inclusion of continuously active facility demand charges and additional time-sensitive demand charges, and (2) the peak demands on record are reset at the end of each month (i.e., it uses a monthly ratchet).”

Their analysis is based on installed costs for energy storage systems including the inverter of $300/kW and $300/kWh, respectively; acknowledging however that these price levels “may well be lower than what is necessary to purchase suitable hardware today.” They point out that R&D efforts in battery and inverter costs target price points even lower than these. 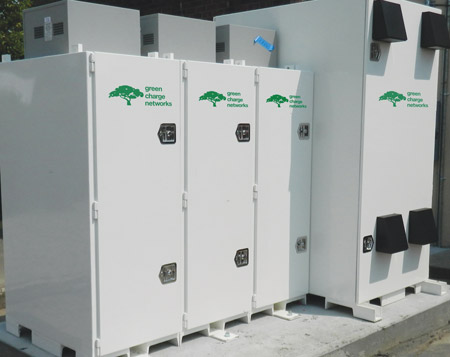 The results of their analysis showed that “small, short-duration batteries [30-40 minutes] are most cost-effective regardless of solar power levels, serving to reduce short load spikes on the order of 2.5 percent of peak demand.”

The researchers also found that the size and optimal operation of an energy storage system plays a large role in determining end-users’ payback periods and financial returns. “The peak demand reduction achievable with an energy storage system depends heavily on the shape of a facility’s load profile, so the optimal configuration will be specific to both the customer and the amount of installed solar power capacity,” Neubauer and Simpson said.

They also noted little gains to the grid through these systems and said that this highlights “the need for modified utility rate structures or properly structured incentives.”

While onsite PV does reduce overall energy costs, Neubauer and Simpson said, “solar intermittency due to cloud cover may cause the peak load – and thereby demand charges – to remain unaffected.

Shao echoed NREL’s finding that utility rate structures and customer load profiles play large roles in determining the optimal size and configuration of, as well as the returns generated by, energy storage solutions. He explained that power-to-energy ratios (kW:kWh) are extremely important in calculating optional configurations: “Power to energy ratios loom large in any calculation of the optimal size/scale of a battery storage solution – power being the rate at which energy is used and energy being the actual quantity. In turn, utility rate schedules, and TVR rates in particular, play a defining role in setting the basis for determining a given system’s optimal power-to-energy ratio, and hence size or scale.

Shao said Green Charge has found that energy storage coupled with a solar PV system adds to the benefits and enhances end-users’ overall returns. “During any billing period it only takes one instance of a solar inverter tripping or some other factor to cause a huge spike in an end-user’s demand profile,” he pointed out, which would wipe out all the demand-charge savings from solar for a month, “and that happens more than you might think,” Shao continued. “Having an energy storage system in place can sort of ‘backfill’ those energy savings lost on the solar side.”

“In our experience, it [solar PV] has been a strong plus. Solar should reduce demand. However, it cannot guarantee demand charge reduction; energy storage can provide that.”

Neubauer and Simpson’s conclusion that a 30-40 minute storage solution has the best payback is dependent on this assumption, Mansfield said. “If you ignore prediction error, that can be true,” he added but said that the 30-40-minute conclusion is inaccurate. “With that small a capacity, a system has to be sized relatively small compared to a site’s peak demand, so the probability of prediction errors being significant is relatively high.” He said that depending on specific end-user load profiles, “storage systems with 1-1/3 hour to 2-1/2 hour durations” tend to be optimal. NREL researchers acknowledge that their study assumes perfect forecasts. “Economic sensitivity to forecast errors, while not explored herein, could be high, as such errors could result in commanding too little action from the battery system when meter loads are over predicted, or in running out of battery energy during peak load times when meter loads are under predicted,” the report states.

Although there’s no hard and fast rule, Sharp has found that in general, properties and facilities that have a very high load factor and relatively broad, flat peaks aren’t good candidates for peak shaving through energy storage systems.

In addition, Mansfield said that Neubauer and Simpson’s conclusion of a three-year payback period, without incentives, for a behind-the-meter energy storage solution is “fairly low.”

Sharp conducted more than 18 months of field-testing on its behind-the-meter storage system. “We find that in many cases, payback periods can be in the 4-5 year range.” He noted, however, that payback periods and ROIs “can be quite variable, and they’re also dependent on the net impact of solar PV generation” if PV is installed.

Sharp has found installation of energy storage plus solar PV shortens the payback period, he added. “What we see with storage in general is that you have to design the system for a particular property. Solar narrows the peak, so the residual work a storage system has to do is less when they are co-deployed. You can downsize the storage to achieve the same results.”