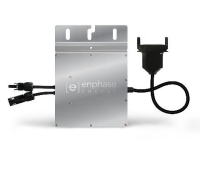 San Francisco — The refreshingly upbeat tone of the Intersolar 2014 conference and show in San Francisco this year was broadly supported by company announcements of advances in technology, new strategic partnerships, and expectations of more business as the PV industry evolves into maturity.

While booth space was down about 10 percent, according to one unofficial estimate, attendee levels were flat, compared to last year. A big difference in the crowd composition this year was that “the attendees are more serious; it’s almost as if this is a prequalified set of buyers,” said Jay Johnson, the vice president of U.S. business development for tracker maker Exosun, based in South San Francisco.

Among technology advances announced at the show was a new module frame design by Spice Solar that advances the single-groove plug-and-play designs offered by Andalay, and by Zep Solar — just acquired by Solar City. The patent-protected Spice design includes the bolt head track included in the competing company designs, but adds a second slot track to accept a connector bayonet that holds two adjoining panels together, reducing parts and speeding installation time. Barry Cinnamon, the CEO of the company, noted that the first panel manufacturer to adopt his design standard is Auxin Solar, based in San Jose. Sherry Tai, the co-founder of Auxin says that her company will manufacture 10 MW of panels using the Spice design in this first year.

Among strategic partnerships announced at the show is the tie-up between Sunrun, the leading residential power purchase agreement-based financier in the industry, and engineering giant Siemens, that will offer electric vehicle owners use of the latter’s VersiCharge home-charging system when they become the former’s customers. With a $500 dollar sign-up bonus, new Sunrun customers can also utilize Siemens’ VersiCharge Smart Grid solar management tool. This smart home controller uses panel-specific data streams from microinverters to better optimize home and vehicle use of the energy the grid-linked system generates.

Growth in new business growth was widely reported across the show, by large and small suppliers. One standout is Enphase, the Petaluma, California-based microinverter manufacturer, which is leveraging its installation of six million units, primarily in the residential segment, into new commercial-segment sales, according to Tefford Reed, the company director of field applications engineering service and support. With sales in a dozen countries now, Enphase is making a strong Asia-Pacific push, based on a new office in Australia, he notes. Enphase’s MyEnlighten residential monitoring system has helped make the company the largest monitoring provider in the residential space, and a leader in the rapidly emerging smart home industry.

The Intersolar show itself is also evolving as it broadens the scope of coverage in the solar industry. This year, both conference sessions and booth space reflected substantial activity in the energy storage industry, notes Marcus Elsässer, the founder of the show, now in its seventh year in San Francisco, and managing director of Solar Promotion International, based in Pforzheim, Germany, outside of the green city of Freiburg. Intersolar also signed a five-year agreement with CalSEIA, the rapidly growing California solar advocacy based in Sacramento, to help promote the show. As a result, says Bernadette Del Chiaro, the executive director of the group, companies in California — and other states — will be more aware of the state of solar regulation debates in the public utility commission, and of opportunities to influence the formulation of those regulations.