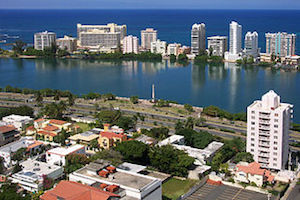 According to a fact sheet issued by the Smart Electric Power Alliance (SEPA), the rules define microgrid owners and operators and divide microgrids into three classes. Owners purchase, lease, or receive third-party financing for microgrid equipment; operators oversee the system and deliver electricity services to customers. The classes are as follows:

Related: Can Puerto Rico Really Depend on Microgrids and Renewables for Power?

Municipalities are allowed to contract with a third-party developer to install a microgrid and may also develop one themselves. The Puerto Rico Electric Power Authority (PREPA) may also develop microgrids itself.

Tanuj Deora, Executive Vice President and Chief Content Officer of the Smart Electric Power Alliance (SEPA), said in a statement that SEPA applauds PREC for its work developing these regulations, given the urgency of the upcoming hurricane season.

Deora explained that in other jurisdictions in the U.S., microgrids are regulated the same way as other distributed energy resources — that is, with a focus on interconnection and market participation rules. He said that Puerto Rico’s new regulations have gone beyond this to lay out specific performance requirements, ownership structures, and business models.

“We appreciate the commission’s leadership in tackling this important topic and having the foresight to have a tight scope on the microgrid rules,” he said, adding that the rules “set the groundwork for Puerto Rico to become a model of sustainability.”