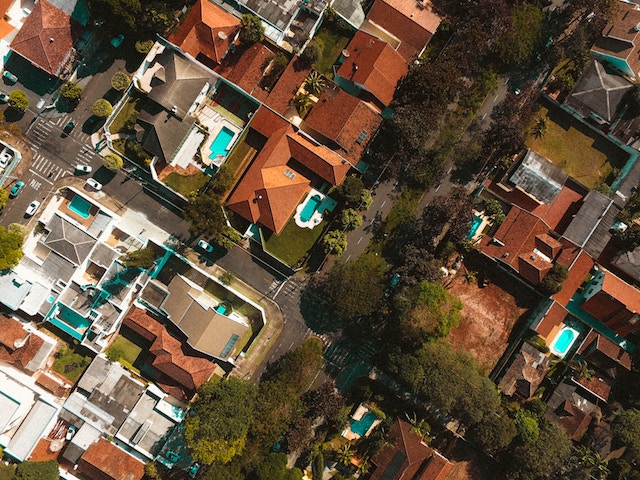 Distributed Energy Resources (DER), such as residential solar panels, are not only changing the way energy systems operate, they also present an opportunity to change the way local communities operate by giving consumers the ability to sell excess energy, generated by microgrids or renewable set-ups, to their neighbors – it’s the new energy paradigm.

In many parts of the world, feed-in-tariffs (FiTs), which were designed to encourage the installation of solar power, can no longer be sustained.  So, now, the price that energy companies pay consumers for their excess energy is either dropping or being eliminated altogether, leaving consumers looking for an alternative to monetize their excess energy production.

In a traditional energy market, electricity is generated by large power stations, sold to retailers via a wholesale market mechanism, and then sold to consumers. There is no consideration of the more complex distributed-grid arrangement that exists when consumers are also generators selling energy into the system.

As new technologies progress, the development of a new and emerging distributed market that considers the role that prosumers can play as energy generators and providers of grid services, is emerging. We can expect to see energy trading evolve from a traditional two-party, relationship to a network of multilateral agreements between prosumers, consumers, retailers and utilities.

For example, in the new energy paradigm, consumers could contribute to solving the price spikes and demand shortages that bedevil the industry today. This means a residence with solar panels could be trading its excess solar to one neighbor one minute, and then provide power to a different neighbor the next.  Developments in highly sophisticated software and hardware technology mean that utilities could eventually set up a grid system that reacts automatically to these spikes or shortages. In this way, when the grid either needs more generation or load, it will automatically draw from a customer’s excess energy or sink more power into a customer’s storage system, which could be anything from a battery to a hot water tank to a smart thermostat.

Peer-to-peer (P2P) energy trading presents a viable alternative to the installation of home energy storage for self-sufficiency, or simply spilling energy back to the grid for no return. It means households with solar panels would be incentivized to stay connected to the grid so they can sell their surplus renewable energy to their neighbors and receive a better return on their investment. It’s also a win for the energy company, that now has a prosumer-consumer couple on their books that could otherwise be costly to retain or acquire. The problem is, existing regulatory frameworks just don’t contemplate the possibility of P2P trading.

Today’s regulatory frameworks, which were originally designed to protect consumers who previously had no control over how energy needs were met, must now consider how to present a compelling reason for consumers to stay connected to the grid in order to meet this new energy paradigm. Otherwise, suppliers and distributors of the system as it stands today face a future of falling demand, falling revenues increasing irrelevance as consumers install solar and batteries and go off-grid.

Blockchain is the lynchpin

The best way to transition to this new energy paradigm – enabling widespread, efficient P2P trading – is by facilitating the development of an economic model that values the contribution of DER in creating a low-cost, low-carbon energy future. To do this, companies are turning toward proprietary blockchain platforms to facilitate the foundational elements of a P2P system.

Through the adoption and utilization of sensing devices, such as smart meters, P2P platforms allow for the extraction of close-to-real-time data. This data, layered between the services in a distributed market, are unalterably recorded on the blockchain, and the financial element of the transaction settled in close-to-real time.

Under a distributed model, communities themselves could become a central player in the provision of low-cost, low-carbon energy supplies.

The time to innovate is now

Can the energy system innovate and overcome the current, outdated operating model? It certainly has assimilated throughout the decades, but to combat the threat that disruption presents it today will prove the task difficult.

For DER to flourish, and for billions of dollars in system assets to remain viable, the energy sector needs to acknowledge that we no longer operate as one homogenous system. We must adopt a dynamic approach. Through integration of synergistic distributed energy markets, and through proliferation on a small scale that is affordable.  This way zero-carbon distributed power technologies will cannon the industry towards the future we all deserve.

We also need to acknowledge that cost is only one component of the energy supply question.

P2P trading gives consumers access to renewable energy even when they can’t generate it themselves and ensures the value from the investment in DER, like rooftop solar panels, stays in the community where the energy investment is made.

Consumers who are financially or socially marginalized, who don’t own their own homes, or whose roofs slope in the wrong direction are not likely to be able to invest in rooftop solar – but if they can buy their neighbor’s excess solar energy, they can stay a part of the emerging economy driving this new energy paradigm. 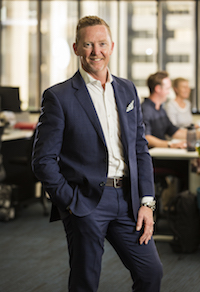 David Martin is the Co-founder and Managing Director of Power Ledger with 20 years’ experience in the electricity industry, providing insight as a senior consultant to industry participants specializing in regulation of distribution networks, DNSP consumer engagement, renewable technology feasibility studies and business development.