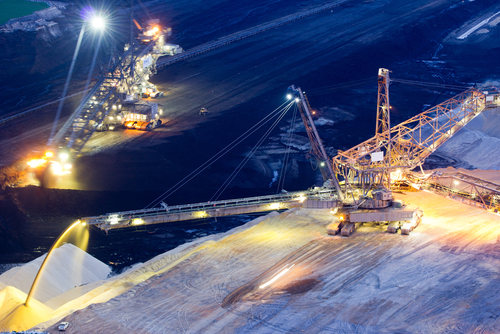 Anglo American Platinum is stepping up its investigation of renewables now that South Africa’s main energy utility, Eskom, is experiencing energy shortfalls. “This is a very big challenge for us,” says Gerhard van den Berg, the company’s principal engineer, energy. “With Eskom having shortages and not being able to supply, we’ve run into what they call stage-two load curtailment.”

To meet this curtailment, the mining giant has shed 65 megawatts — or 10 percent — of its load by keeping the mines running but closing down some operations, including furnaces and processing plants. “Renewables are the right thing to do because of the lack of capacity in the system at the moment,” van den Berg says.

Although the appetite for renewables among African mines first originated with remote sites that relied on expensive diesel gensets for their power requirements, grid-tied mines are now keenly interested, as well. Gerhard Wernecke, senior project manager at Cronimet Mining Power Solutions, Ltd., points out that the power crises in South Africa, Namibia, Botswana, Zambia and Mozambique are tipping the balance towards renewables in many African markets.

For mines coping with unreliable energy utilities, finding ways to meet their companies’ energy needs is paramount. Nic Schoeman, general manager, technical services, for Acacia Mining, says that “the biggest challenge that we’ve got on our mine sites is the extremely poor quality from TANESCO.”

Specifically, Schoeman explains that TANESCO, which is the electric supply company wholly owned by the government of Tanzania, is causing problems for Acacia in three ways: insufficient generation for current demand, a failure to upgrade transmission lines, and distribution problems. “This problem is difficult to cope with,” emphasizes Schoeman.

Schoeman has commissioned studies on how renewables could help Acacia meet one of its mines’ 40 MW energy needs, and has even completed a tender and identified a forerunner among solar providers.

Similarly, Shanta Mining Company, Ltd., consumes 24,000 megawatt hours of energy each year, and has installed a small pilot solar PV plant in order to assess the feasibility of undertaking a larger scale, hybrid scheme. Project Director Ian Fielding points out that Shanta is also exploring the feasibility of hydro-electric power because the mine operates near a river.

The energy problems confronting grid-tied mines in Africa are profound and growing. That said, Ian Curry, managing director of BR Energy, points out that South Africa is an anomaly within Africa for having 85-90% of its population connected to the electricity grid. He points out that most African countries have far less access to grid power, with some countries having access as low as 20 percent.

Another new development is the more competitive prices for solar and wind power. Anglo American’s van den Berg is actively evaluating options. “We don’t think cost will be a problem by the time we implement [solar energy],” he says. “Renewables are getting cheaper all the time because of simple supply and demand.”

Finally, many mines struggle with calculating the true expense of renewables projects. Shanta’s Fielding points out that one of the greatest barriers to adoption of renewables is “obtaining an unbiased and comprehensive understanding of the real cost and suitability” of the various renewable energy solutions out there. Although there’s no shortage of “enthusiastic salesmen” with renewables schemes, sorting through the options is no easy feat.

As a result, Shanta has carried out its own feasibility study to evaluate options and “determine the capital and operating cost of each.” With a thorough understanding of the true life-cycle cost (LCC) of energy, Fielding can make a more informed decision.

Compelling advantages for solar solutions within the African mining sector include an abundance of sunlight and the relative speed with which solar solutions can be implemented.

Jan Dewulf, senior investment officer at the International Finance Corp., points out that a solar solution can often be deployed within six months after a mine finalizes a deal. “If back-up power like diesel gensets are available, then the integration with solar power is an easy one and can bring quite a lot of advantages to mining companies,” he says.

And while the intermittency problem that plagues solar and wind power providers has no magic-bullet solution, there are clever workarounds. Cronimet’s Wernecke points out that “with renewables, storage will always be an issue. However, recent strides in storage technology have proven promising.”

He notes that while the price of lithium batteries has started to come down, other challenges remain. “Our concern with batteries are the warranties,” he says.  “If you step out of the line to the slightest degree, you won’t be able to cash in on your guarantee. Having said that, we do see the value that batteries pose and we are working on clever ways to incorporate them into our value proposition.”

Finally, the steep decline in the price of oil is affecting African mining companies’ appetite for renewables.

For other mines, however, the effects of lower oil prices are relatively minor.

Curry points out that delivery costs constitute a huge part of the overall energy equation and so the net effect of lower oil prices isn’t as dramatic as some might imagine.

What’s more, lower oil prices might persist a year or two, but the energy challenges that African mines face are ongoing. “For the time being, solar is less attractive than it was a couple of years ago with the higher oil prices,” says Duggal. “But if you look at long-term trends, the price of oil really is only going to go up, isn’t it?”

“Mining power generation is not a core business for mines,” says Cronimet’s Wernecke. “The biggest stumbling block is basically financing the plants on the mine’s balance sheet. That is why we generally opt to offer our clients a fully financed, risk-wrapped PPA as a solution.”

Richard Brody, vice president, business development and sales, for Primus Power, points out that while renewables may be less expensive than relying on diesel gensets, some mines balk at the up-front capital costs.

For reasons like this, Anglo American’s van den Berg is exploring IPPs and is eager to find ones “fairly close to the current Eskom price point.”

Acacia’s Schoeman is also hoping to work with an IPP and pay a per-kilowatt-hour rate that’s comparable to local utility charges. That said, he has found that negotiating financing can be a tricky business: “Often, you don’t know what the bottom-line costs are until you get far down the road — and then you have to do a U-turn because you find it’s coming out too expensive.”

BR Energy’s Curry points out that the scale of the projects currently being undertaken by African mines can make them less bankable. When it comes to “raising debt to finance these projects with a single offtaker such as a mine, the financing institutions are not falling all over themselves to come to the party,” he says.

What’s more, IFC’s Dewulf points out that “there’s quite a lot of work still to be done on the cultural level.” He characterizes mining as a conservative industry that resists change.

What the Future Holds

Although a number of unknowns are affecting the outlook for renewables among African mines, many of these unknowns stem from the fact that renewables are relative newcomers to the market.

“One of the biggest obstacles is proving that the technologies are dependable and can save money and result in cleaner power, while meeting the same standards for reliability that these mines absolutely need,” says Primus’s Brody. “It’s important to remember that it’s still early days.”

MCD’s Duggal agrees: “People come to solar and say: ‘I want a solar Ferrari.’ We’re not building solar Ferraris yet. We’re building Model Ts.” He concludes: “There are still more evolutionary steps between where renewables are now and where they’re going to be.”

The issues raised in this article will be discussed at the Renewables and Mining Summit and Exhibition, Johannesburg July 1-2, 2015. Join mine energy decision-makers and renewables developers for two days of networking and information sharing.