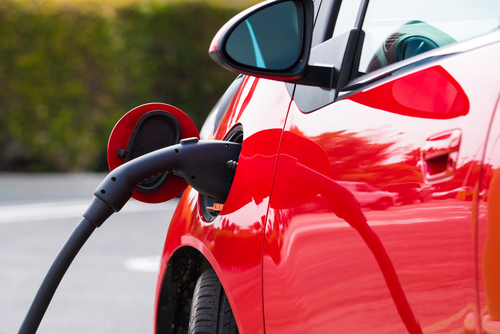 Americans bought just 102,600 such vehicles in 2015, a 17 percent decline from the previous year, according to researcher Autodata. Nissan Motor Co. sold 43 percent fewer of its all- electric Leaf and General Motors Co. reported an 18 percent drop for its Chevrolet Volt, a plug-in model that’s driven by an electric motor and has a gasoline engine to recharge its batteries.

Persuading car buyers to choose electric got more difficult as gasoline slid to $2 a gallon by the end of last year. The average U.S. retail gas price for the full year was $2.40 a gallon, down from $3.34 in 2014, according to AAA. Add to that starting prices such as $29,010 for the Leaf, a small car, and even with government incentives such as a $7,500 federal tax credit, winning over customers can be difficult.

“Why should I go electric and pay more when gas is so cheap?” Ludwig Willisch, chief executive officer of BMW of North America, said in an interview. “There needs to be a clear advantage to driving electric: HOV lanes, parking, charging.”

That’s an indication that luxury electric autos such as the i3 and Tesla Motors Inc.’s Model S sedan can expand sales.

Tesla, which sells only electric autos and in September began deliveries of the Model X sport utility vehicle, reported global deliveries of 50,580 vehicles for 2015, a 60 percent increase. The company doesn’t break out figures by country.

Electric vehicles have other consumer issues to address beyond sticker prices and gasoline costs, such as battery life, availability of charging stations and how to recharge a car at home, at work or on a long trip.

In addition, sales last year were hurt by the fact that automakers including Nissan and GM have new models coming out, said Tom Saxton, chief science officer for the advocacy group Plug In America

“The Leaf and Volt were both hurt by the new versions coming out,” he said. “The Leaf has just in the last month started seeing deliveries of the new model and GM is still limiting sales of the Volt to a handful of states.”

Saxton said 2016 will continue to be a challenging year, as potential buyers will have to wait for 2017, when GM, Nissan and Tesla are all expected to introduce electric cars with ranges of at least 200 miles (320 kilometers).

GM unveiled the 2017 Chevrolet Bolt electric car at the CES electronics show Wednesday in Las Vegas and said it planned to start producing the model in late 2016. The Bolt will be priced at about $30,000 after government incentives, the automaker said.

During an industry conference in Michigan last August, Forrest McConnell, president of a Honda dealership in Montgomery, Alabama, and a former chairman of the National Automobile Dealers Association, described the dilemma for automotive retailers by holding up a donut and broccoli as symbols of consumer choice.