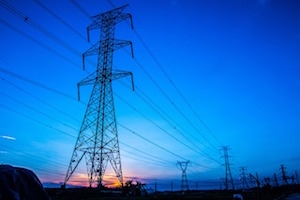 Editor’s note: This article was updated at 2:30 pm, Jan. 26, to reflect new information pertaining to the source of a list of infrastructure priorities of the Trump Administration.

A consulting group worked on the list, which totals about $137.5 billion worth of investment, according to the McClatchy news service. The preliminary compilation was sent to the National Governor’s Conference by the Trump transition team, according to the report.

However, the list has generated conflict over its origins from within the Washington D.C. power circles, according to reports.

The list was originally thought to come directly from Trump’s transition team, but a dispute has developed over that claim. Politico reported the list was presidential, and McClatchy later amended its story to say the list was put together by a Washington-based consulting firm.

A former member of the Trump team, Brigham McCown, called it a fake document yet others in the Beltway loop confirmed it was legitimate. A White House spokesperson said it was not “an official White House document” but a representative with the National Governor’s Association reportedly told McClatchy that it came from the transition team.

Renewable Energy World will update the story as needed.

Railroad, highway and bridge projects are high on the lists, but the highest electric-power related project comes in at No. 9. It is the Plains & Eastern Clean Line, a $2-billion privately funded plan to build an HVDC transmission line that will stretch about 720 miles from the Oklahoma Panhandle to substations in Arkansas and connect with the Tennessee Valley Authority.

It was not known what, if any, financial impact the Trump administration could offer since the Plains & Eastern Clean Line is considered a private investment.

Yet the Plains & Eastern, which has been on the drawing board and facing public and regulatory scrutiny for nearly eight years, still has a few government hurdles to clear before work can finally begin this year.

“Clean Line Energy is excited that building next generation infrastructure and a modern electric grid are a key part of the Trump Administration’s agenda to create local jobs and give Americans access to more American energy resources,” company CEO Michael Skelly told POWERGRID International and Electric Light & Power in an emailed response Thursday. “Clean Line has invested over $100 million over the last eight years to develop the Plains & Eastern Clean Line, a market-driven infrastructure project that will create thousands of good-paying jobs, enhance energy security, and modernize the nation’s electric grid.”

The Power Company of Wyoming issued the following statement about the project:

“The Power Company of Wyoming wind energy project and the HVDC TransWest Express Transmission Project are multibillion-dollar energy infrastructure investments that will create U.S. jobs, spur U.S. manufacturing, expand access to domestic energy sources, and strengthen the reliability and resiliency of the western regional electric grid. It is appropriate for the federal government to consider these wind and transmission projects as national infrastructure priorities to complete. We are very confident that these projects can advance under this Administration, which recognizes the value of large infrastructure development, and we anticipate learning more about this infrastructure program as it may move forward.”

Once construction begins, the Plains & Eastern will be the first major HVDC line built domestically in about two decades.

“Work is already underway at factories in Arkansas and Oklahoma where the glass insulators and steel poles required for the project will be manufactured,” Skelly added. “When the project breaks ground, thousands of Americans will go to work to build America’s electric infrastructure for the 21st century. This can’t happen soon enough.”

Right behind the HVDC line at No. 12 is the collective of hydroelectric dams operated by the U.S. Army Corps of Engineers. Turbines are these sites are aging and efficiency is a concern. The dams provide more than 500 jobs and produce about $5 billion per year in revenue, but need at least $4 billion in investment, according to the Trump list.

“These power plants operating at 80 percent efficiency and the industry average is 99 percent,” the list entry reads. “The turbines are 50 years old and replacing them will dramatically increase the production of clean energy desperately needed.”

At No. 16 is another long-running HVDC saga, the TransWest Express Transmission line. The proposed 600-kV system would bring wind energy from Wyoming through Utah to the power grid near Las Vegas.

Proponents say the 730-mile line will provide 3,000 MW in clean power to the desert southwest. TransWest Express has been under development for 12 years and received some of its final federal approvals in late 2016. It also will be privately funded.

“These efforts strengthen our commitment to work with state and local communities to unlock the West’s abundant renewable energy resources, create jobs and support development that makes sense for both the economy and the environment,” President Obama’s Interior Secretary Sally Jewell said late 2016.

Right behind TransWest Express on the list is the reason for the HVDC line. At No. 17, the Power Co. of Wyoming’s $5 billion and privately funded Chokecherry and Sierra Madre Wind Energy Project will concentrate up to 1,000 turbines that generate vast amounts of clean energy and send it to the southwest U.S. and southern California via the TransWest.

Permitting on the Chokecherry and Sierra Made Wind Energy Project is about 95 percent complete. The U.S. Bureau of Land Management has issued its environmental statement indicating no new significant impact, while the federal Fish & Wildlife Service responded that would issue an Eagle Take Permit for the project. Wind turbines are known to kill a number of birds, including eagles.

The priority infrastructure list includes only two more power grid-related projects. At No. 21 is the Champlain Hudson Power Express, a $2.2 billion, completely funded private effort to move 1,000 MW of Quebec hydropower more than 300 miles to the New York metro market.

The line follows the Hudson River route and is partially underground to minimize surface impacts, but still has faced regulatory delays in the past.

Near the bottom of the priority list at No. 49 is a general entry called Energy Storage and Grid Modernization. The list noted that the California Public Utilities Commission has mandated expedited procurement of local energy storage resources, but the need is nationwide.

“The more renewable energy that can be stored during the day, the less need to fire up fossil fuel generators as electricity demand increases in the evening,” the report reads.

The TransWest Express and the similar Gateway South are western transmission projects which are supported by clean energy proponents but have faced opposition from wilderness advocates and some landowners.

Sitting atop the infrastructure priority list is the Gateway Program, a $12 billion reconstruction of critical, high-risk Northeast railway infrastructure between Newark and the city of New York. It is unrelated to the Gateway South.

No. 2 is the Brent Spence Bridge of Interstate 75 across the Ohio River connecting Kentucky and Ohio. No. 3 is a proposed National Research Lab for Infrastructure, which would be sited in Columbus, Ohio and affiliated with Ohio State University’s National Transportation Research Center and Battelle Labs.

Altogether, the 50 priority projects could produce more than 193,000 job years of employment directly and 241,700 job years indirectly, according to the report. A Kansas City Star link indicated the administration was thinking that many of the projects could be private-public partnerships.