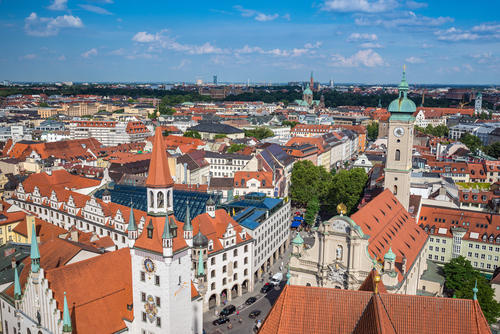 Panasonic Corp., which makes the lithium-ion batteries for Tesla Motors Inc.’s cars, will begin selling batteries that power homes in Europe, starting in Germany, where people are given greater incentives to switch to solar-generated electricity.

The push into international markets with home batteries will put the Japanese company into direct competition with flagship customer Tesla, which in May unveiled a suite of batteries to store electricity for homes and businesses. Tesla Chief Executive Officer Elon Musk has said Germany is a key market for his product, because of the country’s advanced consumer solar power market.

Later, Panasonic will move on to France, the U.K. and other markets, Laurent Abadie, chief executive officer of Panasonic Europe, said in an interview from the IFA electronics show in Berlin Wednesday. The company said it hasn’t decided when it will start sales in Europe.

In Japan, where the batteries are already available, they can help households replace as much as 70 percent of energy usage by storing what’s generated from solar panels, Abadie said. The company’s goal is to replace 100 percent of energy taken from the electricity grid eventually.

“We are not far from achieving 100 percent in the future,” he said. The time it’ll take to reach that goal “depends on the region. If you are in the Nordics, you need a lot of energy in the winter, you don’t get any light.”

The batteries can be used to store electricity during peak production and dispense it later, when the sun isn’t shining or the wind isn’t blowing.

At IFA, Panasonic said it will start preorders this month for Nubo, a security camera that connects through mobile networks, allowing users to monitor places without Wi-Fi. The company also announced a new high-end 65-inch television that it said can render deeper blacks than the plasma TVs it stopped selling.

Panasonic has said that the home-energy storage industry could generate 10 billion yen ($83 million) in revenue outside of its domestic Japanese market by fiscal year 2018. The Osaka- based company will start selling the systems in Australia in October.