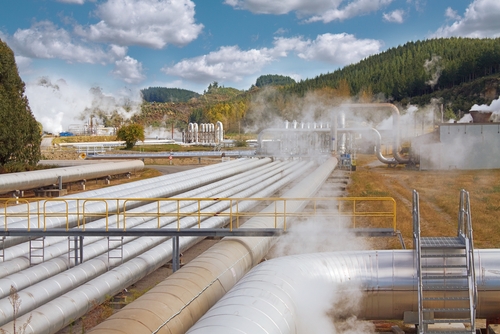 SAN FRANCISCO — Ormat Technologies Inc., a U.S. developer of geothermal energy, will record a charge of as much as $230 million because its North Brawley plant is producing about half as much power as expected.

The impairment charge will be in the fourth quarter of 2012, resulting in a loss during the period and for the full year, the Reno, Nevada-based company said today in a statement.

The plant in southern California has been operating at capacities between 20 megawatts and 33 megawatts, which compares with its design capacity of 50 megawatts, Ormat said.

Southern California Edison Co., the utility that buys the power produced by North Brawley, has refused to give Ormat permission to explore a replacement power purchase agreement with higher electricity prices, Ormat said. As a result, Ormat said it doesn’t plan to invest to boost capacity at the plant and will continue to operate it at the current level of about 27 megawatts.

The impairment charge won’t affect the company’s ability to repay debts and won’t “materially adversely impact” its future results, according to the statement.

Separately, Ormat said its Israel-based parent company Ormat Industries Ltd. also expects to record a $30 million to $40 million impairment charge during the fourth quarter related to its Jersey Valley power plant in Nevada, according to the statement.

“Jersey is operating at lower levels than its 12 megawatt contract capacity due to injections constraints,” Bronicki said today on a conference call. “The power plant is operating now at an annual average of 7 megawatts.”