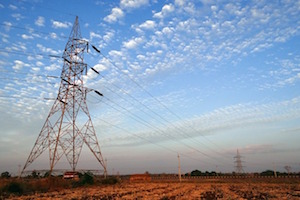 “We propose about 39 MW of energy storage to be developed over the next several years, which will include a number of projects in a variety of locations, including existing generation, distribution and customer sites,” Pope said on Oct. 27 during a 3Q17 earnings conference call. She added that the capital cost of the projects is estimated to be between $50 million and $100 million.

The Oregon legislature in 2015 passed a law requiring Oregon’s utilities to acquire energy storage. At the end of last year, the OPUC issued an order that, among other things, adopted guidelines for utility energy storage proposals and set competitive bidding requirements for storage procurements.

Pope noted during the call that customer expectations regarding their energy are evolving, citing the 100 percent renewable energy goals of the City of Portland and Multnomah County.

She said that, in order to meet customers’ changing needs, PGE is exploring “investments to seamlessly integrate our customers’ energy resources, such as distributing generation, and further investments in battery storage technology to provide grid stability, flexibility and the capability to integrate additional renewable energy.”