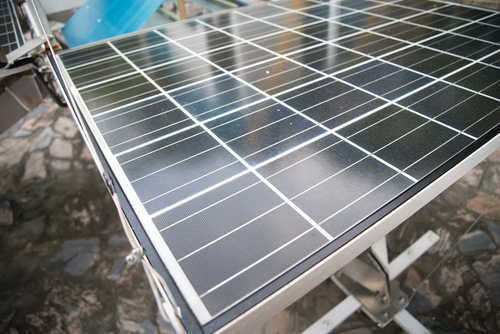 The Oregon Department of Energy (ODOE) on Dec. 16 said that it has awarded $295,000 in state and federal funds to the Eugene Water & Electric Board (EWEB) for a pilot project that demonstrates energy storage and microgrid technologies.

The two-year demonstration project will incorporate 500 kW of electric energy storage in combination with solar PV.

“After a disaster, Oregonians will need reliable access to electricity, potable water, and emergency communications,” Will Price, energy resource analyst with EWEB, said in a statement. “Our demonstration project will test and measure support for three types of community infrastructure, with energy storage for a water and electricity emergency operations hub, a water pump station, and a multi-agency communications site.”

The grant was made possible by a joint solicitation from the U.S. Department of Energy’s Office of Electricity Delivery and Energy Reliability (DOE-OE), which committed $250,000 in federal funds to the project, and the State of Oregon. ODOE is partnering with Oregon BEST to award an additional $45,000 grant to EWEB and its development partners, Powin Energy and Green Energy Corp.

In case of a grid outage, the EWEB project will provide resilient backup power to support EWEB’s Roosevelt Operation center, Blanton Heights Communications center, and the Willamette 800 Pump Station. According to a CESA statement, the solar+storage system, which will tie all three facilities together in an islandable microgrid configuration, will also provide grid services and integrate renewable generation during periods of normal grid operation.

CESA’s partnership with ODOE, U.S. DOE and Sandia is conducted under its Energy Storage Technology Advancement Partnership (ESTAP), which brings states to the table to partner with DOE and the federal laboratories for energy storage deployment. ESTAP is funded by DOE-OE through a contract with Sandia National Laboratories.

“This [award] shows what can be accomplished when state and federal agencies work together to push new technologies forward,” ESTAP Project Director Todd Olinsky-Paul said. “CESA is pleased to be a part of what should be an excellent project that will benefit EWEB’s customers, add resiliency to the region, and advance knowledge in the areas of energy storage, resilient power and microgrids.”