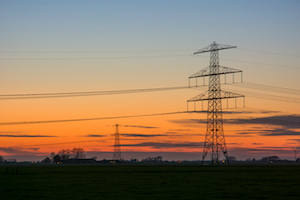 The Public Utility Commission of Oregon (PUC) has released guidelines for Oregon’s utilities to use when submitting proposals that will meet the state’s energy storage requirements under a 2015 energy law.

The law directs Pacific Power and Portland General Electric by January 2018 to submit proposals for qualifying energy storage systems with the capacity to store at least 5 MWh of energy. The PUC will evaluate and approve the utilities’ submissions. Authorized projects must be commissioned by January 1, 2020.

In its Dec. 28, 2016, order, the PUC encouraged the utilities to submit multiple, differentiated projects that test varying technologies or applications and to use a request for information to identify vendors. In addition, the PUC said it seeks a balanced portfolio of projects that serve multiple applications and help defer or eliminate the need for system upgrades.

A separate order, to be released later this year, will provide additional guidance on the process and timeline for project submission approvals, the PUC said.

The PUC also said that its staff will convene workshops to develop a framework for the electric companies’ project evaluation requirements. The framework will be presented to the PUC at a special public meeting no later than March 31. Utilities will be required to select a vendor for their projects through a competitive bidding process, unless they determine that only a single vendor is capable of meeting a given project’s requirements.

In its integrated resource plan (IRP), filed with the PUC in November 2016, Portland General Electric said that it has already been working with outside consultants to analyze various value streams of energy storage systems. The utility also issued a request for information last year to solicit further insight from vendors, manufacturers and developers of energy storage. In the IRP, the utility said that it’s evaluation framework for energy storage resources likely will include the following classes of value streams:

In a test case analysis of potential costs and benefits of battery systems, Portland General Electric studied two battery fleet sizes — a 50-MW deployment and a 100-MW deployment, each with two-hour, four-hour, or six-hour duration. According to the IRP, initial results of the study determined that the operational value of battery systems decreases on a per-kW basis as battery deployments grow, given the same conditions. The utility noted that the snapshot year used in the study does not achieve Oregon’s renewable energy requirements for 2021. High renewable levels as well as natural gas prices, CO2 prices, participation in the Western energy imbalance market, and the evolution of Western markets will shift the operational value of batteries over the course of their financial lifetimes, the utility said.