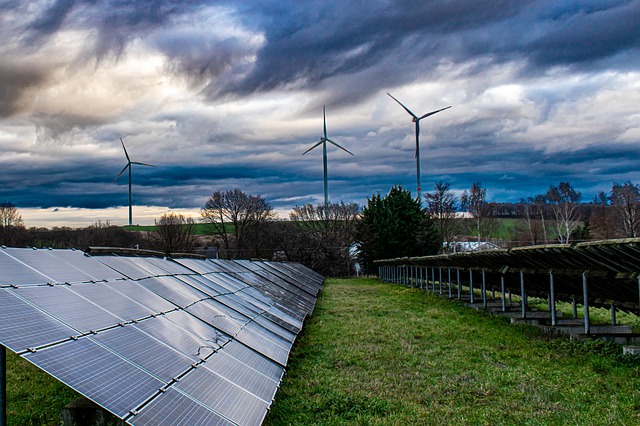 In Oregon, resilient power is increasingly being recognized as an emergency preparedness and mitigation tool as state leaders and emergency managers prepare for the next Cascadia event; an anticipated 9.0 earthquake to occur along the Cascadia Subduction Zone fault line, which stretches from Canada’s Vancouver Island to Northern California. Statewide, a newly released rebate program incentivizes solar PV and battery storage for residents and low-income service providers. As for critical facilities, the local utility, Portland General Electric (PGE), is partnering with Portland and surrounding cities to build community resiliency with strategically placed microgrids.

Following in the footsteps of states like California and New York, Oregon launched a $2 million solar and storage rebate on January 1, 2020. At least half of the funds must be used to support residential systems and 25% is reserved for low-to-moderate income residents and service providers, such as affordable housing developer’s, public schools or facilities that act as emergency shelters.

The residential system rebate is capped at $5,000 for solar and $2,500 for storage. Low or moderate-income residents can receive up to 60% of total system costs covered. All other residents benefit from a rebate of up to 40%. Low-income service providers can receive rebates of up to 50% of system costs, with a $30,000 max for solar and $15,000 for storage.

The first microgrid to be completed in Portland is at a Fire Station 1 in Old Town, a 54,500 square foot facility with 13 on-duty personnel. The microgrid consists of a 30-kW solar array and 30-kW/60-kWh lithium-ion battery storage system, in addition to an existing 125-kW diesel generator. The Bureau of Planning and Sustainability, as well as Portland Fire and Rescue, led the efforts. Almost $115,000 in funding was provided by various PGE grants.

Solar PV, combined with storage (solar+storage), will power computers and communications equipment at the fire station for up to four hours in the event of an outage. In addition to the resiliency benefits, the city of Portland, which owns the solar+storage system, will benefit from economic benefits when the grid is operational. The solar array will reduce electricity costs at the fire station and battery storage will provide demand response services. The city plans to reinvest the utility savings into community initiatives, such as public programs and/or necessary fire station upgrades. The microgrid will also serve as a demonstration project for other critical facilities to learn from and replicate. In fact, Portland is already planning on building a solar+storage microgrid to support a community facility that can operate as an emergency shelter.

PGE, in partnership with the city of Portland and Portland State University, also has plans to build community resiliency through a network of solar+storage powered statues installed in city parks. The statues will allow residents to charge cell phones and other devices during emergency events.

Less than 10 miles from Portland, in the city of Beaverton, PGE is working with city leaders to install a 300-kW solar array and 250-kW lithium-ion battery storage system at the new Beaverton Public Safety Center, which will serve as an emergency operations center in the event of a crisis. The microgrid, which also includes a 1,000-kW diesel generator, will be able to operate for 21 days independent from the grid. In the summer months, it’s anticipated that the center will be able to operate solely on solar+storage. The city will own the solar array, which is estimated to cover 40 percent of the building’s load, and benefit from reduced electricity costs.

PGE will own the battery storage system and during times of normal grid operation, PGE will use the storage system for grid services, including frequency control. Despite this, the center is currently under construction.